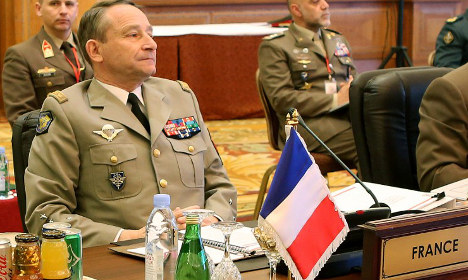 Officially, France is only fighting Isis in Syria and Iraq by using its air force to drop bombs, but French daily Le Monde claimed on Wednesday that in fact the country has secretly opened up a front in Libya.

France and other European countries have long been concerned by the growing Isis threat in Libya, but Paris has repeatedly said that operations in the country are unlikely.

The newspaper says French special forces have been operating in the east of the country since mid-February.

The aim of the secret ops, in which the British and Americans are also taking part, is to try to weaken Isis by taking out its main figures.

“The last thing we want to do is intervene in Libya. We need to avoid open military engagement, so we must act discreetly,” a senior military source told the newspaper.

In the wake of the revelations, the country’s Defense Minister Jean-Yves le Drian was far from happy and has launched an investigation into the “compromising of national defence secrets”, according to Le Point magazine.

If Le Monde’s sources are found and tried, they could face up to three years in jail.

However Le Drian himself said in January that Islamic State fighters hiding among refugees travelling from Libya to Italy pose a “major risk” to Europe.

“Daesh (Isis) is installing itself,” Le Drian told French TV, using the Arabic acronym for the Isis group. “I have been very worried about Libya since September 2014. They are there, nearly 300 kilometres from the coast, and they are spreading.”

Isis have known to be reinforcing their positions in Libya, particularly around Sirte. There have been reports of Isis fighters quitting Syria and Iraq, where they are targeted by allied bombing raids and heading to Libya.