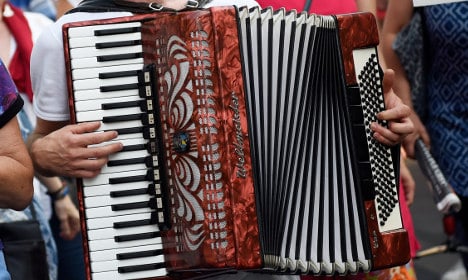 A burglar was left cursing his luck this week after being caught red-handed breaking into a house in the western town of Brest, in Brittany.

According to Ouest-France newspaper, the 27-year-old broke into the house via the garage, stopped for a snack in the kitchen and while searching the house for any potential loot, stumbled into the path of an accordion.

The bum-note struck a chord with the owner of the instrument, who immediately woke up and called police.

The bungling burglar was caught and charged and this week was handed an eight month prison sentence due to previous offences.

The accordion is synonymous with France mainly thanks to it being featured in every travel show ever made about the country or Paris, but the instrument's invention is actually credited to a German.