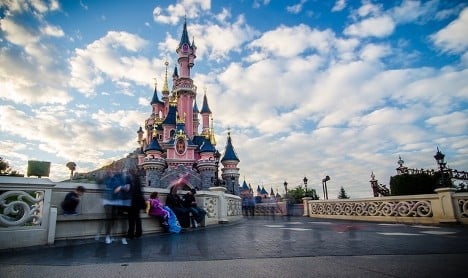 “Little by little, through observation and surveillance and thanks to critical assistance from Romania, we worked it out,” said Lieutenant-Colonel Francois Despres, deputy director of the OCDLI, a French agency charged with fighting “itinerant delinquency”.
The OCDLI had a dozen investigators – including some who speak Romanian – assigned to the probe into a pickpocket network that Europol said “was organized on a family and clan kinship basis”.
In around 1,000 thefts over a six-month period, the network amassed cash, expensive leather goods, cellphones and jewellery with an estimated total value of at least one million euros ($1.1 million), Despres said, noting that most of their victims refused to make statements to police.
A sweep early on February 9th involving teams of sniffer dogs and a helicopter was conducted simultaneously in Paris and Craiova, in southern Romania.
A Romanian couple was arrested in northeastern Paris, accused of dispatching youngsters to pick the pockets of tourists travelling to Disneyland and at the entrance to the amusement park 30 kilometres (18 miles) east of the French capital.
They were among 17 people arrested, including six in Romania, and police seized nearly 25,000 euros in cash as well as gold, jewellery and luxury watches, Europol said in a statement.
The underage pickpockets “produced criminal profits of up to 7,000 euros daily,” it added.
'Big brothers train kids'
One police source told AFP: “It is a very organized system, even a lifestyle… Big brothers trains kids seven or eight years old who are very talented. One of the minors was clearly very profitable – she could bring in 100,000 euros in a month.”
The ringleaders face up to 30 years in prison for “theft in organized gangs, aggravated money laundering, human trafficking, direct incitement of minors to commit crimes and neglect of minors under 15.”
Six Romanians were taken into custody in Meaux, near Disneyland, including two minors, while three children aged 12 or 13 were placed in temporary foster homes.
A 15-year-old girl had past convictions and was “well known” to police, according to prosecutor Dominique Laurens.
Those arrested in Romania will be handed over to France “as soon as possible”, according to Alexandre Ionescu, the security attache at the Romanian embassy, who lamented his country's image as “an exporter of criminals”.
The probe began last March after local police noted a spike in pickpocketing by Romanians and ethnic Roma outside Disneyland and on the train that links Paris to the amusement park, which attracted 14.8 million visitors in 2015.
Mickey Mouse ears
Police commissioner Jerome Georges described how the child pickpockets would often pose as tourists, wearing Mickey Mouse ears.
They acted in groups of three or four, with one creating a distraction and the others doing the thieving and making off with the stolen goods.
Fully aware of the laws, they would give false names, lie about their age and refuse to be fingerprinted or submit to bone scans that could determine their age, a source close to the probe said.
The courts are required to treat them as juveniles under age 13 and place them in homes – from which they often escape.
Some are arrested more than a dozen times, said the source, clearly discouraged.
“You hear pathetic stories, but you can't go soft,” the police source said.
“In Romania they are building themselves nice houses with swimming pools.”
The OCDLI's Despres noted: “The investigation is not over. Now we have to find out where the money went.”
Url copied to clipboard!