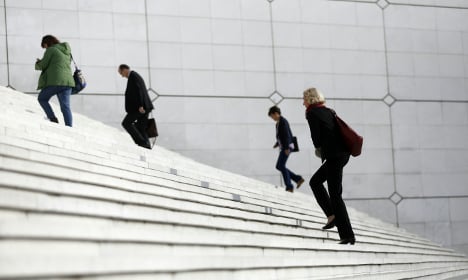 Photo: AFP
The basic work benefit schemes of 14 key European countries (and the US) were put under the microscope by jobs site GlassDoor in a report published this week, and the results were positive for France.
The Hexagon ranked second overall (after Denmark), in a study that took such state benefits as parental leave and paid sick days into account.
The results were far less impressive for the US and the UK, both of which languished towards the bottom of the table.
The table below ranks France second overall with an aggregate score of 7.2. The UK at 2.9 features 12th and the US at 0.3 was ranked absolute last. Of course the results are always more complicated in reality because different companies offer workers different benefits but here is a closer look at where France shone for basic benefits offered by the state.
General parental leave
France was a standout in the tables for parental leave. French parents with one child are each entitled to just under €600 a month for six months each, which can be paid out for three years if the parents have more than one child.
The UK, meanwhile, offers just 18 weeks of unpaid leave to each parent. Parents in the US get 12 weeks each, also unpaid.

Paid annual leave
In France the minimum annual leave is 25 working days each year, together with 11 public holidays. The 35 days in total made France equal second on the Glass Door study, with only Sweden and Spain offering more (at 36 each).
The UK provides a minimum of  20 working days off, the EU minimum, plus eight public holidays. Its 28 days total is behind 14 other countries in the survey.
The US minimum is around 10 working days off, and an average of six public holidays a year.
Unemployment benefits
The UK only offers a flat rate of €66 or €84 per week (depending on age), for up to 26 weeks.
France, meanwhile, offers 60 to 75 percent of earnings for up to two years for the jobless. This means allowances can reach a maximum of around €6,000 a month, although this is only the case in a tiny minority of cases (0.7 percent). Most people receive an average of €1,000 a month.
But the French government's generosity might not stay this way for long. A report last month from France's top auditors said the country's jobless benefits needs cutting urgently.
READ ALSO: Jobless benefits – No need to ridicule France

Sick leave
France offers 26 weeks of sick leave at 50 percent of earnings.
Paid sick leave is least generous in the UK, the study noted, with the Brits offering 28 weeks of sick leave, paid at a flat rate of around £88 (€114) a week.
The US has no statutory allowance.
Maternity/paternity leave
And lastly, France was praised for offering 100 percent of a mother's previous earnings for the whole period of leave, which is 16 weeks.
While the UK offers much more time off – 39 paid weeks (out of a possible 52 on offer) – the payment is only 90 percent of earnings (for the first sixteen weeks) with the rest at around £140 (€181) a week. Paternity leave is roughly the same, with France offering 11 days, capped at around €80 a day, plus three days of extra holiday on full pay for the birth of a child, and the UK offering 10 days, but only at 90 percent of earnings.
The US, on the other hand, offers no paternity leave and has no general provision for paid maternity leave.
The study was carried out in cooperation with Llewellyn Consulting. Photos: AFP. Graphs: GlassDoor 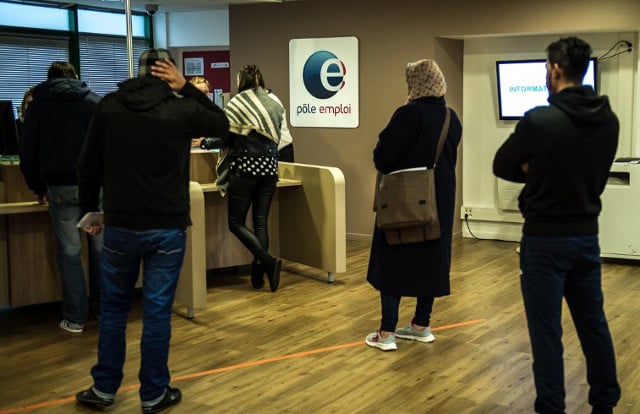 MONEY
How unemployment benefits in France are changing in October
Url copied to clipboard!