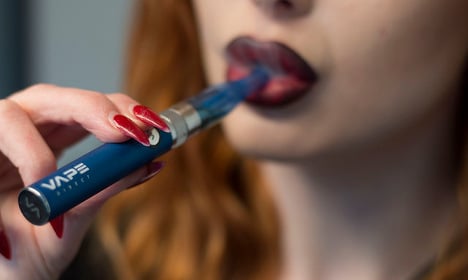 Photo: Vape Direct/Flickr
The woman was smoking her e-cigarette inside her car on Thursday morning in Anglet, near Bayonne in the south west.
Sensing that the device was heating up far too quickly, she threw it on the passenger seat, reported the regional Sud Ouest newspaper.

It promptly ignited and caused the seat to catch fire. The woman quickly leaped out of the vehicle – but not before sustaining minor burns to her back.
The blaze, meanwhile, engulfed the car and spread to three other parked cars nearby.

Firefighters rushed to the scene and extinguished the blaze before it moved any further.
The woman was taken to hospital for her burns. No one else was injured in the accident.
It remains unclear at this point what caused the e-cigarette to catch fire.

Other e-cigarette mishaps have made headlines in France before. In May last year, a young Frenchman was left with burns to his hand after his electronic cigarette exploded “like a grenade”, he said.