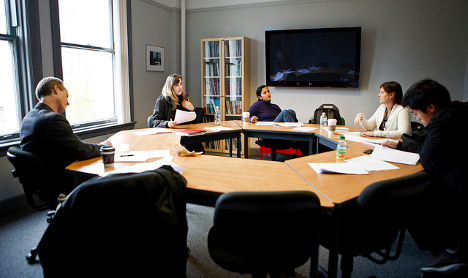 France will soon begin debating a raft of reforms aimed at loosening some of France’s rigid labour laws and reducing some of the constraints on businesses.

The reforms are being drawn up by Myriam El Khomri, the country’s labour minister, who is due to present them to the government in March.

However a draft of her bill, which officially is still a work in progress, has been leaked to the French press and it reveals that she plans to make some changes that could significantly alter people’s working lives in France.

The publication in Le Parisien newspaper of the main points of the bill has caused an almighty stir in France and left most with the impression that while the symbolic 35-hour working will not be touched, many people could face longer hours at work. While there is still some way to go before what has been labelled a “pro-business” package of reforms comes into law given that it must pass through parliament, here’s a look at what could change:

Firstly, the most important thing to note is what won’t change. Because it’s become sacred in France, the legal length of the working week won't budge and will remain forever and ever at 35 hours. After 35 hours, overtime is paid or extra days off are given (unless you’re a manager).

However as we all know, most people in France don’t work 35 hours a week, and it will soon become easier for companies to make staff work more. For example the maximum length of a working week will be extended to 46 hours from 44 hours.

And companies will be able to ask workers to put in 46 hours a week for a maximum of 16 weeks consecutively, instead of the current limit of 12 weeks.

In exceptional circumstances, the maximum time worked in a week can be 60 hours – or 12 hours per day – but in future the company won’t need to get permission from the state.

They will have to convince unions, but even if they can’t then they can simply hold a referendum among workers, in which they’ll need over 50 percent of votes. When you’re on call

Those who work “on call” need to be ready to drop everything and well, work, at any minute. But in future, if the company does not actually call on the member of staff then it will simply be considered as rest time. Or in other words, it won’t be taken into account when it comes to calculating how much time you worked that week.

In France managers or “cadres” are not subject to the 35-hour week, meaning they work longer hours without the overtime pay or extra days off (RTT) as compensation.

The current law has a rule that forces managers to have 11 hours of rest between shifts. However that will ditched.

In 2013, a set of agreements were painfully thrashed out and put into law which allowed companies going through difficult times to increase (within reason) the number of hours staff worked without increasing salaries – or even to reduce salaries slightly.

The reforms also allowed firms to re-jig employees’ working hours to be more productive although the changes were only allowed to be implemented for a limited time.

However in future, it won’t just be companies in clear financial strife that will be allowed to introduce these changes, but even companies in good health.

They could do it if they are hoping to conquer new markets and hope to create new jobs. And those who don’t agree to the changes could face the sack, rather than just being laid off.

Cap on compensation for unfair dismissals

One of the most controversial changes is to limit the amount of compensation paid out those who were found to have been dismissed unfairly after an employment tribunal.

While the reforms do not plan to ditch the principle of getting unions to give their seal of approval on changes at a company, the government plans to allow for referendums to take place in a company if unions refuse to agree to changes. If a majority of workers are in favour, unions will not be able to oppose it.

The right to switch off after work Although it wasn't included in documents leaked to Le Parisien (and although it's definitely a change for the better and not the worse), stories emerged this week that the bill is set to include a law that gives workers legal protection to ignore work emails. Read more about it here.
Apprentices
Trainees aged under 18 will be able to work up to 10 hours each day, instead of eight currently, to a maximum of 40 compared to the current 35 hours a week. And the employer will not need to seek permission from the state.