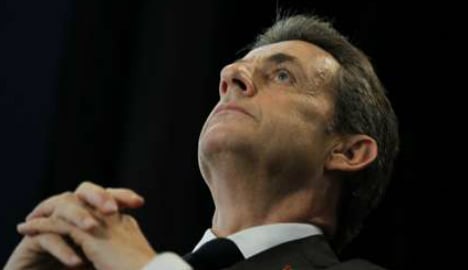 The charges were announced after Sarkozy was questioned by magistrates in Paris on Tuesday over allegations of false accounting during his failed 2012 election campaign that allowed him to exceed funding limits.

Sarkozy has been “mis en examen” by prosecutors – the nearest equivalent to the term charged in English, but it does mean the leader of Les Republicains party will automativcally face a trial.

Magistrates are investigating allegations of false accounting during his failed election campaign four years ago that allowed him to greatly exceed spending limits.

The case hinges on the activity of PR firm Bygmalion, which organised some of Sarkozy's campaign appearances and is accused of using a vast system of false accounting.

Bygmalion allegedly charged 18.5 million euros ($21 million) to Sarkozy's right-wing party — then called the UMP, but since renamed The Republicans — instead of billing the campaign, allowing it to greatly exceed the spending limit of 22.5 million euros.

Several employees at Bygmalion, including the company's accountant as well as a leading member of Sarkozy's campaign team, have admitted to the existence of the fraud, though none has accused the former president of knowing about it.

Sarkozy, 61, who led France from 2007 before losing to Socialist Francois Hollande in 2012, has always denied any knowledge of the false accounting.