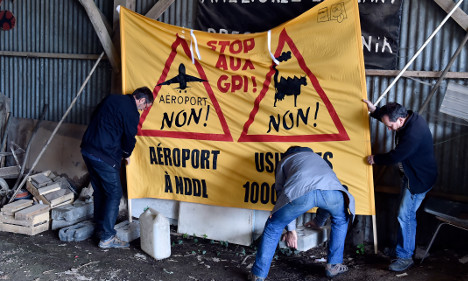 Men work on a banner which translate as "No to Notre-Dame-des-Landes airport". Photo: AFP
The planned airport has divided residents of western France for decades.
Some say the airport will be a valuable gateway to the west, and others argue that it would be a devastating end to 1,650 hectares of wetland.
On Thursday night, President Hollande decided that, after years of protests, it was time to let the members of the public decide for themselves in a local referendum.
While he confirmed the vote would be held before October, it remains unclear exactly which regions in western France will be allowed to participate.
All that is for sure is that, in accordance with French law, the referendum needs at least a 50 percent turnout from the public for the final decision to be valid. The map above shows the current Nantes Airport, marked as 1, and the proposed new airport, number 2. Photo: Google maps
While a referendum may sound like the quickest way to decide whether the €580 million ($747 million) project should go ahead, support was hard to find among either side of those involved in the fight.
Françoise Verchère, who heads one of the main anti-airport groups, thinks people will use the vote for all the wrong reasons.
“They might use the referendum to vote against the government or against the zadistes,” he said, referring to the eco-activists living at the site in protest.
“It absolutely won't be a vote about the airport.”
Those fighting for the airport, such as François de La Tullaye of the Des Ailes pour l’Ouest group, were also against the idea.
“If the result was in favour of building the airport, the opponents would be the first to make multiple appeals, as they usually do,” he told Europe 1.
Hollande's announcement came on the same day he reshuffled his government, switching a number of ministers and hiring former prime minister Jean-Marc Ayrault as the new foreign minister.
The move was labeled as “pointless” by French political analyst Bruno Cautres, who told The Local that the attempt to gather fresh political momentum with just 15 months left in office was too little, too late.
READ ALSO: Does France really need a new airport hub in the west? 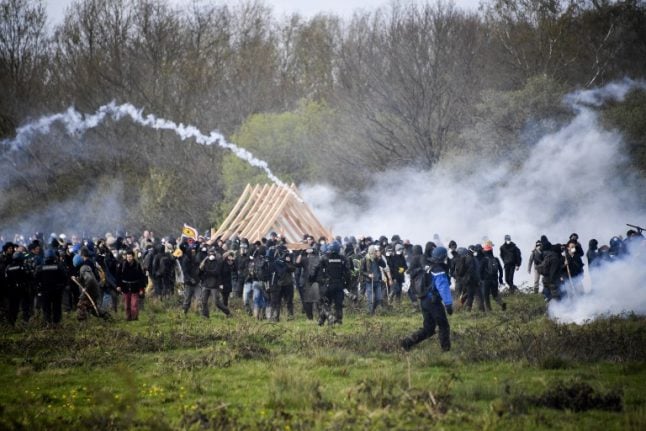 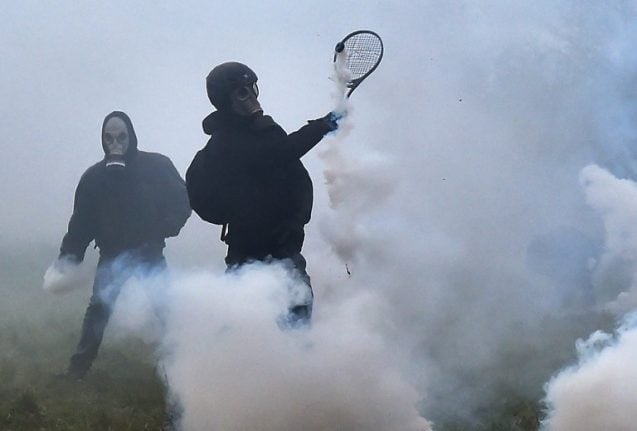