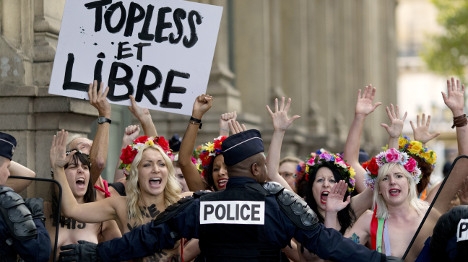 French President Francois Hollande on Thursday announced the government shake-up in a bid to gain fresh political momentum 15 months ahead of presidential elections.

Within the list of new postings, was a junior minister in charge of “real equality” — prompting one French television presenter to jokingly question Friday whether this was opposed to “fake equality”.

The minister, who will fall under the remit of Prime Minister Manuel Valls's office, will “help the prime minister put in place measures of real equality, de-compartmentalisation and the opening of society,” a source from Valls's office said.

“She will lean on each ministry to allow the opening up of a society that is sometimes too closed off, to give a chance to everyone,” said the source.

In short, “real equality” goes one step further than the official “egalite” written into the French motto, a key principle which is often not found on the ground.

Another novelty is the creation of a junior ministry for “assistance to victims” in the wake of two major terror attacks in France in 2015 which left 147 people dead.

The post shows “government's will, faced with serious incidents which cause a great number of victims, to assure better coordination between the different ministries,” said the source from Valls's office.

In 2015, a crisis unit situated within the foreign ministry, specialised in dealing with emergencies abroad that affect French citizens, was called upon to help in managing the victims and their families.

Meanwhile government was accused of being “backwards” by feminists, for linking the issues of family, children and women's' rights under one ministry.

The French government has a history of somewhat bizarre ministry titles.

Between 1981 and 1983 there was a minister of “free time” — which included tourism, sport and the youth.