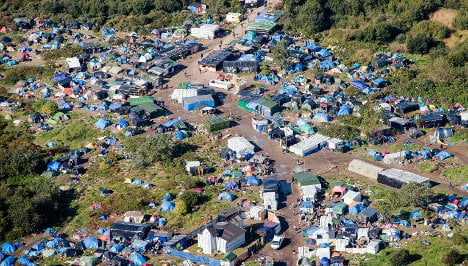 The Pas-de-Calais prefect Fabienne Buccio said that they plan to evacuate around half of the migrant camp on the outskirts of the northern port town.

“The time has come to move on, no one must live in the southern part of the camp, everyone must leave this section,” said Buccio, the national's government local representative, estimating some 800 to 1,000 migrants would be affected.

Aid associations believe around 2,000 migrants live in the southern part of the camp.

Buccio said officials will visit migrants in that part of the camp next week to explain to them what was planned.

“We'll give them a week to get their belongings together and take up a place that has been put at their disposal,” said Buccio.

The camp that sprawls across wasteland currently hosts around 4,000 refugees and migrants, but at one time numbers were as high as 6,000.

France has been under increasing pressure to solve the crisis with human right's groups and aid associations heavily critical of France's willingness to let thousands of migrant's live in conditions that were described as the “worst in Europe”.

In response authorities built new basic lodgings in shipping containers, next to the tented village. However they had trouble persuading migrants and refugees to leave their tents and take up a place in the more permanent shelter.

Many residents of the jungle were unhappy about leaving an area where they have established a community and concerned that the new security measures involved will be used against them.
Instead of moving into the containers, many migrants picked up their ramshackle tents and shelters and, with the help of activists, moving them deeper into the camp on the back of trucks.
Sikander Noristany, a 42-year-old representative of the Afghan community, said people were reluctant to leave behind the shops and cafes they have created in the camp and anxious about being asked to submit palm prints in order to move into the containers.
“They say the new containers are better but there are no showers or kitchens,” he told AFP.
“The main thing people are worried about is the hand scanners… People worry (the hand prints) will be used to send them back here from England.”