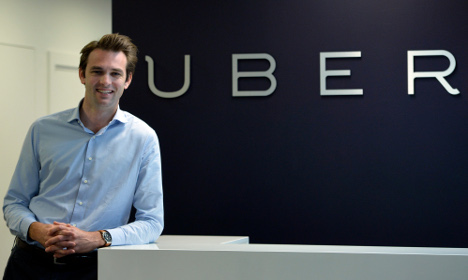 Thibaud Simphal, the head of Uber France and Pierre-Dimitri Gore-Coty, general manager for Western Europe, have been charged with a string of offences relating to the company’s now scrapped budget service UberPop.

The charges include running deceptive commercial practices, complicity in operating an illegal transport service and illegally organizing taxi services. They are also facing a charge of illegally gathering and storing data on clients.

Gore-Coty and Simphal could face up to two years in prison and a fine of €300,000 if found guilty. Uber itself is facing a fine of up to €1.5 million.

But the problems for Uber might not end there, with French taxi unions demanding compensation from the American firm of €100 million.

Three French taxi federations are each suing Uber for €34 million compensation for losses, which could see the firm pay out over €100 million if the court agrees with their case.

The service had already been banned by the government but the company had decided to continue it and agreed to pay the fines for any drivers caught by police.

However following the protests Uber decided to pull the plug on the service which has also been banned in other countries.

The trial was put back from September to give the defence team time to access evidence seized in raids on Uber’s headquarters in Paris.

Uber continues to have the support of users in France but the Socialist government has vowed to crack down on the firm under pressure from taxi unions who accuse of it creating unfair competition.

The trial is expected to last just two days, but a verdict may not be due for months.