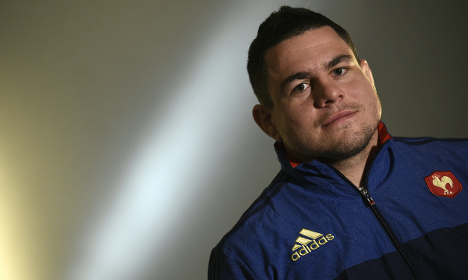 Hundreds of police, equipped with sniffer dogs and with explosives experts on hand, will be on patrol when more than 60,000 people attend the match.

France is still in a state of emergency following the attacks across the French capital, which began when three men wearing suicide vests detonated their explosives outside the stadium as France played Germany in a football friendly.

They killed themselves and a bystander and sparked panic inside the stadium in northern Paris where President Francois Hollande was hastily evacuated.

With France still under repeated threats from the Islamic State (IS) jihadist group, the authorities are determined to avoid a repetition of that night.

Public transport will be under heavy surveillance and the security cordon around the Stade de France has been enlarged, with gates 100 metres (yards) from the entrances to the stadium itself.

The gates will open two hours before the 1425 GMT kickoff and spectators are being urged to arrive early as they will be searched twice, with authorities seeking to avoid any bottlenecks which would cause large groups to gather outside the stadium.

“There will be an exceptional pre-screening process in place at seven or eight points around the Stade de France,” the security chief for the French Rugby Federation (FFR), high-profile former policeman Robert Broussard, said.”

The police, security guards and members of the FFR's security committee will have that first contact with the spectators, who will then be directed towards the entry doors.”

Just as he did on November 13, Hollande is expected to attend Saturday's match.

Italy's French coach Jacques Brunel said memories of the Paris attacks will still be raw on the day.

“This game will have a particular feel to it. Memories will still be fresh in Paris, the stadium won't be full and so the atmosphere will be different to what it usually is.”

On the field, France and Italy will both feature four uncapped debutants in their starting line-ups.

Guy Noves is taking charge of France for his first game following four years of disappointment with Philippe Saint-Andre.

Sebastien Bezy will make his debut at scrum-half, with six-capped Jules Plisson outside him.

“The fact that I've rejuvenated the team was in part an obligation as certain players have retired (from the international scene) after the World Cup,” said Noves.

Having picked up the reins in the wake of Stuart Lancaster?s failure to guide England to the knockout stages of their home World Cup last year, Jones has plumped for experience over youthful promise.

England will be captained for the first time by abrasive Northampton hooker Dylan Hartley despite a lengthy disciplinary record comprising of over a year of bans for offences including gouging, biting and swearing at a referee.

Scotland suffered a whitewash in last year?s Six Nations but came within a controversial refereeing decision of making the last four in the World Cup, losing their Twickenham quarter-final against Australia 35-34 after Bernard Foley?s late penalty kick for the Wallabies.