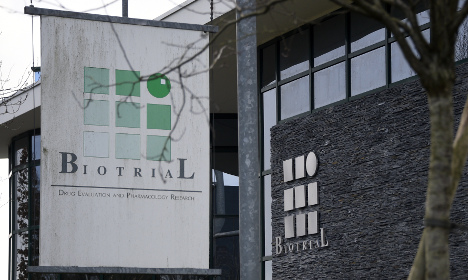 Five other people were also hospitalised after taking part in a Phase I trial for a new pain and mood disorder medication at Biotrial, in western France, on behalf of Portuguese pharmaceutical company Bial.

France's social affairs inspectorate general, Igas, found “the laboratory did not stay sufficiently informed on the status of the first volunteer to be hospitalised”, minister Marisol Touraine told a news conference.

The lab gave the same drug to other volunteers on January 11, even after one had been hospitalised the day before.

Biotrial also did not “formally inform” the other volunteers of what had happened so they could make an informed choice on whether to continue with the trial, and also took too long to make authorities aware.

The exact causes of the accident have not yet been confirmed, however, Touraine said, adding that Igas did not think the accident meant the laboratory should be suspended from carrying out further tests.

Three separate probes have been launched to determine whether the incident was caused by a procedural error or by the substance being tested.

A total of 108 volunteers took part in the study at Biotrial, which has been carrying out drug trials since 1989. Ninety of them received the drug at varying doses, while the rest were given placebos.

Those hospitalised had received the highest dose. All have now returned home and will be given another health check up at the end of February, said Touraine.

The Igas report found Biotrial had “largely respected” the proper procedures when carrying out the trial, and had followed regulations.

The laboratory said it was “relieved” it was not held responsible for the volunteer's death, adding that “the supposed failings identified in Igas' preliminary report are in no way the cause of the serious undesirable effects witnessed”.

Bial also said it was satisfied the report had “confirmed that the protocols of the clinical trial complied with the law”.