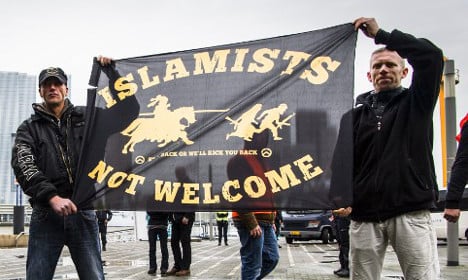 Interior Minister Bernard Cazeneuve announced the ban on protests “that pose a threat to public order” days before Pegida were hoping to march through Calais.

“I have asked the Pas-de-Calais prefect to proceed with the banning of all protests that have the potential of disrupting public order, no matter who the organizers are,” Cazeneuve said.

The minister said he was referring to all groups who seek “to create tension, division and violence”.

The northern port town is home to between 4,00 and 6,000 refugees who are living in squalor in a makeshift camp on the edge of town.

Tensions have risen in recent weeks with clashes between migrants desperate to make a bid to get to the UK and the French riot police who block their path.

There have also been incidents of refugees being beaten up and the city has also seen anti-migrant protests by far right groups.

Pegida, which has attracted huge protests in the German city of Dresden as well as smaller ones around Europe, had been hoping to march through Calais on Saturday.

But according to BFM TV the local prefecture banned the march before Cazeneuve reinforced the ban.

The ban will remain in place as long as the “current climate continues”.