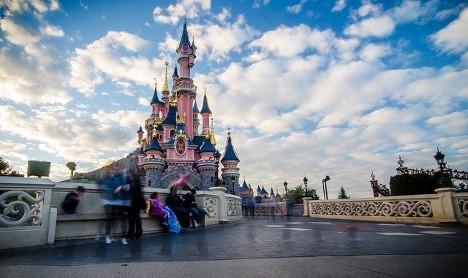 Photo: CetusCetus/Flickr
The woman was arrested at her home in Paris, according to  BFM TV.
She reportedly shares the home with the 28-year-old man who was arrested on Thursday after trying to bring two handguns into a hotel in Disneyland Paris.
Police were aware that the gunman was not alone, after witnesses at the hotel had reported seeing him together with a woman who is understood to have fled the scene.
It remains unclear if she had any role in the proceedings which saw the man try to enter the New York Hotel in Disneyland Paris while concealing two guns, ammunition, and a French-language copy of the Koran.
A police source told AFP preliminary investigations did not point to terrorism, and that the man had said he was carrying the guns because he feared for his safety.
The site is Europe’s most-visited theme park with over 14 million visitors annually. The news comes as France remains on edge and under a national state of emergency after terrorists killed 130 people in shootings around Paris in November.
France is on high alert after a devastating terror attack on Paris in November saw gunmen and suicide bombers target cafes, a concert venue and the Stade de France national stadium, leaving 130 dead and hundreds injured.
The Islamic State group claimed responsibility for the carnage.
It was the second major attack in France in a year, as the country has become a prime target for the jihadist group operating out of Iraq and Syria.
While Disneyland may sound like an obvious target for a terror attack, it wasn't featured on a recent list put together by French military intelligence of “prime terror targets” in France.
The intelligence workers listed seven landmarks in France – including one airport – that they say could be targeted in a “coordinated” terror attack, based on their research into jihadist social media sites.
Disneyland Paris is located east of Paris and has been gearing up for its 25th anniversary celebrations next year.
The Hotel New York is an American-themed hotel located 15 minutes from the main resort.