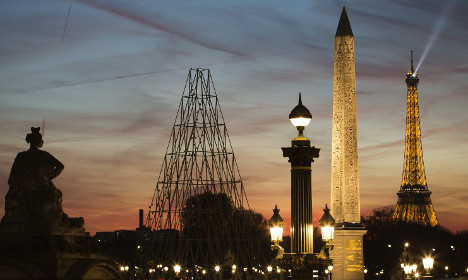 At least that’s the conclusion of the latest biennial survey by Anholt-Gfk City Brands Index.

Paris had been the number one city in the world in 2011 but lost the crown to London in 2013 and was also knocked into third place by Sydney.

But in 2015, the year the city was rocked by two terror attacks, Paris was back on top of the pile.

The survey was actually carried out in September before the devastating attacks of November 13th, but the man behind the survey doubts it would have made much difference given the love for Paris.

“Based on our experiences such attacks do not significantly change the way people view a city in the long term,” said Simon Anholt. The study evaluates the power and appeal of each city’s image, giving a holistic and detailed perspective based on six key dimensions:

Paris came out on top in certain criteria used to rank the cities including the “physical outdoors and transport” and “interesting things to do”, but the French capital, perhaps predictably given its (slightly unfair) reputation, didn’t score too well on the “conviviality” of its locals.