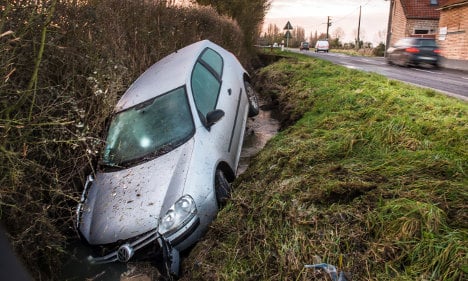 Photo: AFP
A total of 3,464 people died on French roads last year, a 2.4 percent increase compared to 2014.
This comes after a 3.5 percent increase on the year 2013, reported Le Parisien on Wednesday.
The worrying statistics come despite the launch of several government measures to curb traffic accidents, including a ban on headsets while driving and stricter alcohol limits on new drivers.
Interior Minister Bernard Cazeneuve said that one of the primary reasons for the higher toll was a 2.5 percent increase in road traffic.
“It also reflects an increase in risky behaviour that can lead to serious accident fatalities,” he told the paper.
He also said French drivers were “too relaxed” when it came to following the road rules, and that many motorists continued to drive “at excessive speed”.
A study in April from BVA found that 75 percent of French people acknowledged that they don't always stick to the speed limit.
“This is not acceptable! This behavior is irresponsible and may be criminal!” the minister said.
He added that in the first ten months of the year a full 25 percent of accidents involved a speeding driver.
There had also been an increase in intoxicated drivers, who were involved in one in four accidents last year, Cazeneuve noted.
Despite the increasing death tolls, France has seen a drastic reduction in road fatalities over the decades. After a peak of over 18,000 deaths in 1972, the figures have steadily dropped in the vast majority of years, until 2013.
The government aims to have fewer than 2,000 deaths before 2020. France announced in October that it would install 10,000 dummy speed cameras – and 500 real ones – to keep drivers to the limit, among other measures.
The measures were denounced by motorists groups like 40 Millions d'Automobilistes which says France has become the global leader in introducing repressive measures on drivers. 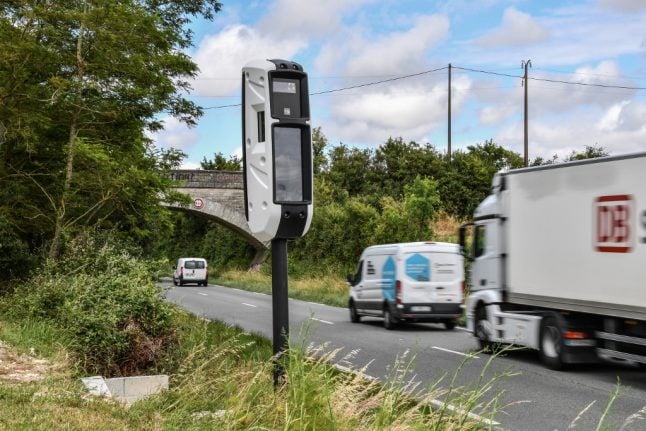 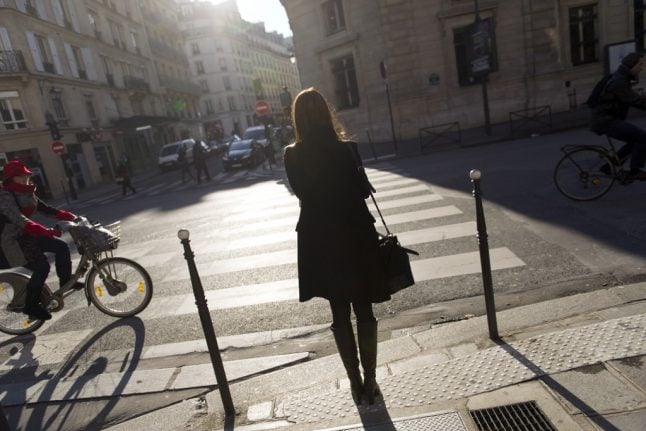 The new style cameras were supposed to be vandal proof. Photo: AFP

Speed cameras became a major target for destruction during the months of 'yellow vest' protests, with ministers at one point estimating that around 80 percent of the country's fixed speed cameras had been vandalised.

They became a target for anger after the lowering of the speed limit on priority routes from 90km/h to 80km/h. Ministers said the change was a road safety measure, but many rural protesters were convinced it was an extra 'tax' through speeding fines for drivers and cameras across the country were covered, vandalised or burned.

The new turret model of cameras, which sit 4m high on top of a post, were supposed to be vandal proof, but that has not proved to be the case since they started being installed at the beginning of the summer.

In Savoie, six cameras were due to be installed but one was was burned out overnight and two others were damaged before they were fully implemented, reported Le Parisien.

In the Aude département, eight out of 14 cameras have been damaged or burned. In the Eure, vandals attacked the device which was installed to replace a camera which itself had been burned out a year ago. Around 80 percent of the old style cameras were vandalised during the months of 'yellow vest' protests. Photo: AFP

In Mèze in the Hérault département one camera was destroyed with a shotgun while another in Preixan in south west France was attacked with a blowtorch.

Road safety organisation Sécurité routière estimates the total cost of repairs to all cameras at €60 million, plus €300 million in lost revenue on fines.

MP Emmanuel Barbe, who has responsibility for road safety, warned in an interview with Le Parisian: “Every time a camera is damaged or destroyed, an investigation is systematically launched.”

He added that the maximum penalty for destroying a speed camera is up to five years' imprisonment and a fine of €100,000. 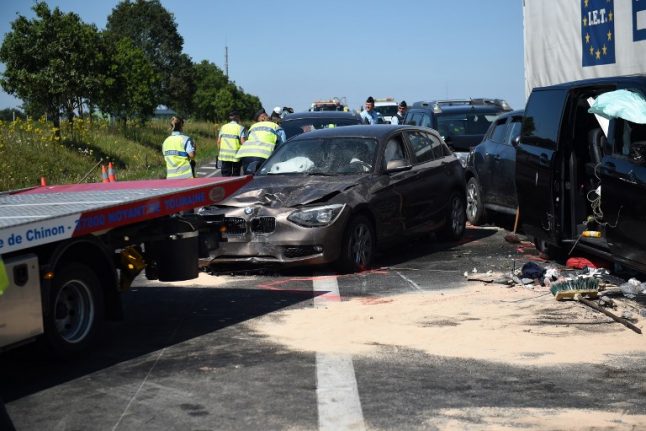 ROAD
What’s behind the steep rise in road deaths in France? 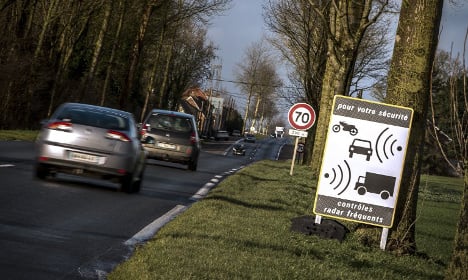 ACCIDENT
France rolls out fake speed cameras (but where are they?)
Url copied to clipboard!