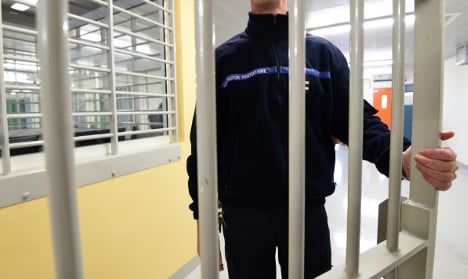 Photo: AFP
With France still hurting after 130 people were killed by terrorists in Paris in November, officials are moving forward with their plans to eradicate radicalism.
Monday saw the introduction of France's latest effort – “de-radicalization” wings in prisons.
Two prisons – one in Osny and the other in Lille-Annoeulin – have been equipped with the new wings, where prisoners who have been convicted of terrorism will be in isolated cells and will be unable to communicate with anyone who they could potentially influence.
The programme will see over 100 guards, counselors and psychologists on hand, who have been trained since January with the complicated task of rehabilitating the prisoners and monitoring their progress.
By the end of March, France aims to have five prisons with separate radical wings. Each wing will have the capacity to hold 20 prisoners.
The idea was brought up by Prime Minister Manuel Valls in January last year after it emerged that two of the gunmen in the January terror attacks in Paris had been radicalized in French prisons. Valls promised a crackdown, acknowledging that they had become a hot spot for jihadists to meet, conspire, and recruit.
Elsewhere, France's education system is seeking ways to ensure potential jihadists are caught early.
Education Minister Najat Vallaud-Belkacem has recently been eyeing up the UK government's controversial “Prevent” strategy for inspiration, a programme that sees teachers actively working to detect precursor signs of radicalization.
While the idea has been criticized for potentially discriminating against Britain's Muslim community, Vallaud-Belkacem has shown her enthusiasm.
“I am lucky that I am not only the minister for education but also the minister for higher education and research, which means I have numerous contacts with French researchers who have been looking attentively at the Prevent programme in Britain,” she told UK teaching network TES.
“Therefore, I know it quite well and I can see how much we can learn from it either to follow what has been good about it or the difficulties you might have had.”
France's education system has already changed its game plan to a degree, training school staff to teach the “values of the Republic”, while urging teachers to be vigilant and try to detect any signs of potential radicalization.
France was rocked by large-scale terror attacks twice last year – the first in January which saw 17 killed, and the second in November when terrorists armed with kalashnikovs killed 130 on cafe and bar terraces and at the Bataclan concert hall.
Since the second attack, the country has been in a state of emergency, with the government insisting extra powers are necessary given the heightened terror threat.