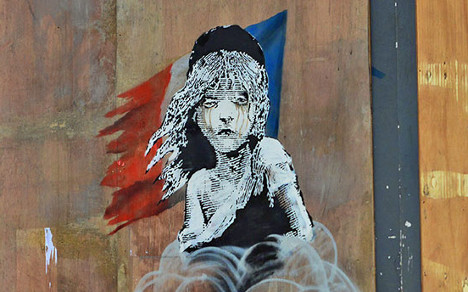 The graffiti was sprayed onto a wall near the French embassy in London, and shows a young character from the film and musical Les Miserables.

The girl is in tears, and beneath her is a tear gas canister, the contents of which are swirling up and around her.

In the corner of the picture is a bar code, which, when scanned, leads to a YouTube video of a police raid at the Calais camp. It is understood to be the first time the artist has incorporated an interactive code in his work.

Below is the image, followed by the seven-minute video. It is unclear who filmed the video, although the street art has been shared on Banksy's official site, confirming that the famous artist was behind it.

The artist has made headlines recently in France and abroad after he painted pictures around Calais, one of which shows Apple founder Steve Jobs apparently as a refugee.

The image, below, has since been vandalized  several times.

ART
IN DEPTH: How police reclaimed a stolen Bataclan Banksy in Italy 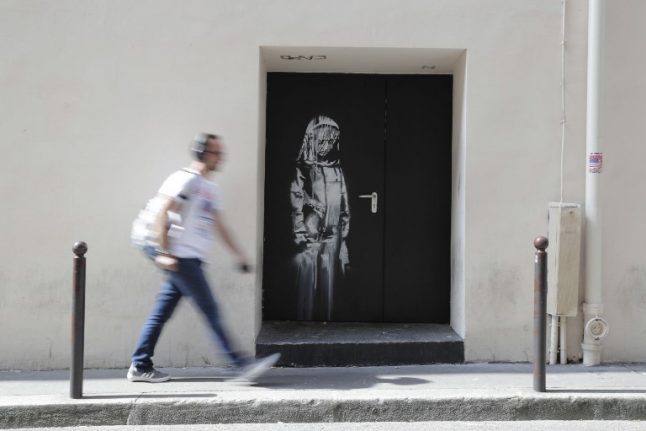