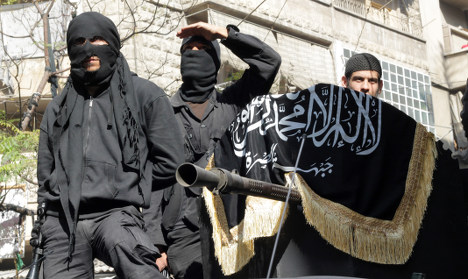 Some 1,800 French citizens have been linked to jihadist networks. Photo: Karam Al-Masri/AFP

The seven from Strasbourg began returning to France from February 2014 onwards and were arrested in May.

Two other men who went to fight in Syria's civil war died there. A 10th man named Foued Mohamed-Aggad remained there until his return to take part in the November 13 rampage at the Bataclan concert hall in Paris.

A total of 130 people died in the string of attacks that struck Paris in November and sent shockwaves across the world.

The attacker's brother Karim is among the seven who will face trial over ties to criminals linked to a terrorist group, the judicial source said.

All the suspects claimed during the investigation that they had gone to Syria for humanitarian reasons and that they returned because they could not condone the abuses of the Islamic State group (Isis) — which was then known as the Islamic State of Iraq and the Levant (ISIL).

They were convinced to travel to Syria by Mourad Fares, a 31-year-old Frenchman considered a key online recruiter for Isis who was arrested in August 2014 in Turkey and handed over to French authorities.

Ten young men left France for Syria in December 2013, travelling in smaller groups on planes through Germany and Turkey to avoid attracting attention, a probe showed.

The men admit they trained in Isis's ranks.

The prosecution had earlier called for the men to be tried after they had been found to have sworn allegiance to Isis.

On the men's computers and phones, photographs were found showing them posing with their guns, as well as text messages threatening France with violence.

Some 1,800 French citizens have been linked to jihadist networks, including more than 600 who are currently in Syria and Iraq and 144 who had died in fighting there.