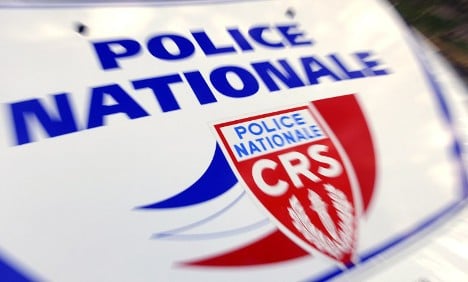 Photo: AFP
There were a total of 688 acts of sexual assault or rape (viol in French) recorded in Paris over the years 2013 and 2014, according to the ONDRP observatory.
These figures were collected and published by French newspaper Le Parisien, and offer a picture of the typical rapist and where in Paris he is likely to commit his crime.
But some critics, including women's rights groups suggest the figures are misleading. Here is a breakdown of the statistics.
The attackers:
The victims
Where and when do the rapes occur?
– The number of rapes per head of population is by far the highest in the central 1st arrondissement, followed by the 9th and 10th, but ignoring population ratio then most rapes take place in the 16th arrondissement in the west of the city. This neighbourhood is home to Bois de Boulogne where many prostitutes ply their trade.
– Other areas that see high numbers of incidents include the Folie-Méricourt quarter (in the 11th arrondissement), the area near the Belleville Metro station, also known for prostitution, around Les Halles shopping centre, and near the train stations Gare du Nord and Montparnasse.
– Almost three quarters of rapes occur at night, and 40 percent at the weekend.
– One in four are carried out in a public place, the rest inside in private. The Gare du Nord train station in northern Paris. Photo: Luc Mercelis/Flickr
But can we really trust the statistics?
No, is the answer that came from several women's rights groups.
French organization Osez le Féminisme noted immediately that only 10 percent of rapes are reported in France, meaning the statistics could be skewed in countless ways.
“Victims of rape are often reluctant to complain, and rapists go unpunished,” the group wrote in a statement sent to The Local.
“There's the fear of not being believed, the poor reception at the police station where officers are badly trained (or aren't at all), the lengthy and tiresome legal proceedings, and lenient sentences for aggressors.”
That sentiment was backed by Emmanuelle Piet, the president of the CFVC, a feminist collective working against rape.
She also pointed out to L'Express newspaper that the stats only provide the profile of “a rapist whose crime has been reported”, rather than a rapist in general.
She pointed out that in many cases, such as assaults among family members, it can be more complicated to seek justice than when the aggressor is unknown.
The fact that 50 percent of the victims were intoxicated raised another issue, she added.
“Alcohol is often provided by the attacker, or, as is the case with some victims, they need to drink to forget,” she said.
“A victim is never responsible for what happened to them. She wasn't violated because she was wearing a mini-skirt in a dark alley. It is solely the fault of the attacker.”
While the majority of rapes may go unreported, this may be changing. The ONDRP reported in August that France had seen an 18 percent leap in reported rapes over the four years since 2010.
The study found that an act of sexual assault or rape is reported to police every forty minutes in France, or 33 times a day.  Women's rights groups told The Local at the time that the real number is likely to be closer to 200 a day.
SEE ALSO: France unveils plan to cut sexual assault