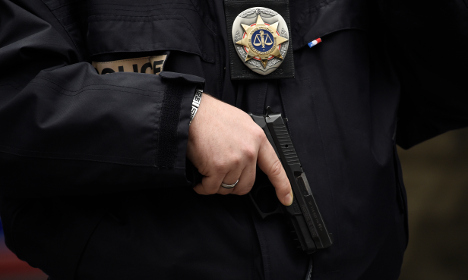 Photo: AFP
The attack occurred early on Sunday morning when a car “deliberately” mowed down two guards of the Meaux prison in Seine-et-Marne, north east of Paris.
The local prosecutor said that both the guards were hit, one of them being in a serious condition after being dragged “several metres” by the car.
The guard, aged 56, remains in intensive care with an internal haemorrhage, reported Le Figaro newspaper.
The other guard escaped with light injuries, but was reportedly shaken from the ordeal. She was unable to identify the model of car, nor how many people were inside it at the time.
While an investigation for attempted murder has been launched, questions are being asked as to the motive of the assailant.
“This may be a retribution for a prisoner, but we can't rule out a terrorist attack,” Jean-François Forget, the head of the Ufap-Unsa union, told the paper.
“There are threats circulating on social media about attacking police and prison staff in the name of Allah,” he said.
He added that the attack could also be potentially linked to prison efforts to cracks down on the radicalization of inmates, confirming that the Meaux prison has “its share” of radicalized inmates.
The Isis terror group has called on followers in France to launch attacks on those working for the state, including prison guards, although police and soldiers have been the main targets.
Attacks on police have made world headlines in France recently, most notably earlier this month when a knife-wielding man was shot dead by officers after approaching a police station in northern Paris.
Police found a piece of paper on the suspect that showed the flag of terrorist group Isis.