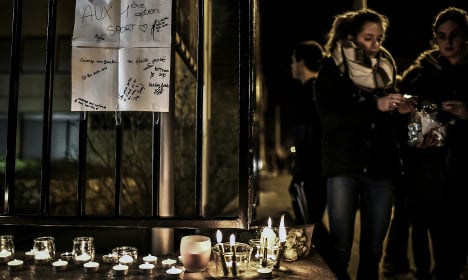 The 47-year-old who was seriously injured in the accident was charged at his bedside in hospital in the south-central city of Grenoble in the presence of the prosecutor, investigating magistrate, and court clerk in the case.

“He recognises his responsibility, he is not in denial. He did not realise the danger because many people had taken this piste over the previous two days,” lawyer Benedicte Tarayre told AFP, adding that he was “shocked” and “angry” by the tragic turn of events.

Two pupils — a girl, aged 16, and a boy, 14, from a school in Lyon — died in the avalanche on Wednesday along with the 56-year-old Ukrainian man.

According to prosecutors the piste was closed off with netting and warnings in four languages but the group climbed over the netting “fully aware” of what they were doing.

The Bellecombes piste of the Deux Alpes ski resort, at an altitude of some 2,500 metres (7,000 feet), is rated a black piste — France's highest difficulty rating.

It had been closed all season because of a lack of snow. But heavy snowfall in recent days had blanketed the mountains, prompting authorities to warn of a high risk of avalanches across the French Alps.

On the day of the accident, the risk level at the resort was three on a scale of five — meaning a single skier can set off a snowslide.