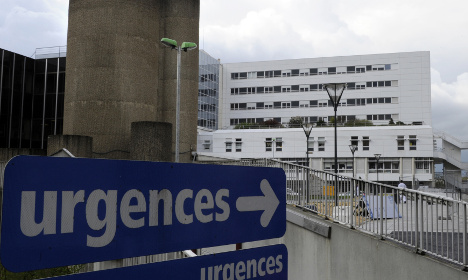 France's health minister Marison Touraine told the media on Friday that the incident is “unprecedented” in France.

She vowed to “shed light” on who was responsible, adding: “The shock is even greater given the fact that the people taking part in clinical trials are healthy.”

France's national drug safety body (ANSM) confirmed the incident was the worst ever seen during a drug trial in the country.

So what actually happened?

The group of volunteers were given the drug on Thursday January 7th.

Days later, on Sunday, January 10th, a healthy volunteer taking part in the trial began to show signs that something had gone wrong, when he was taken into hospital in a serious condition. Doctors initially thought he had been the victim of a stroke given how suddenly he had fallen ill.

Five other volunteers, who had been in the same group, were also taken into hospital at different stages at the beginning of the week.

The trial was halted the next day on January 11th. The health minister said she was told about the turn of events on Thursday.

A total of 90 volunteers were given the trial drug in various doses, but six have been hospitalized after being given “repeated” doses of the drug.

All of the six volunteers, who knew each other and had no health problems, were men aged from 28 to 49-years-old. They took the same dosage of the drug.

The volunteer who was first admitted to hospital has been described as being “clinically dead” or brain-dead after being assessed by doctors. The other five victims are being treated in the neurology department at the CHU hospital in Rennes.

Their conditions vary in terms of seriousness although none of them are in a coma.

Four of the others show signs of neurological trouble with doctors saying three of them are suffering from “handicaps” that are potentially irreversible.

The final patient in hospital has not shown any of the symptoms, but is being monitored given what happened to the others taking part in the trial.

All of those who took the drug will be given an MRI scan to determine whether they have suffered any adverse effects.

What was the trial?

The study was a Phase I clinical trial, in which healthy volunteers take a prototype medication to “evaluate the safety of its use, tolerance and pharmacological profile of the molecule”, the health minister said in a statement.

Phase I entails a small group of volunteers, and focuses only on safety. Touraine said the drug molecule had previously been tested on chimpanzees.

Authorization for the trial was given in June last year and the trial began on July 9th 2015.

What was the drug that was being tested?

Initial reports suggested the drug was a cannabis-based painkiller. However Marisol Touraine was at pains to dismiss these reports.

“The drug did not contain cannabis and it was not based on cannabis,” said the minister.

The trial drug was aimed at treating “disorders with mood, motor troubles and anxiety problems” said Touraine at the press conference, also attended by The Local.

She said the drug acted on natural receptors found in the body known as endocannabinoids which regulate mood and appetite, and which are not the compound found in the cannabis plant.

Who was leading the trial?

The French firm Biotrial had been carrying out the drugs trial for Portuguese pharmaceutical company Bial.

Biotrial, which is accredited by the French government, issued a statement on Friday in which it said all “international regulations” were followed.

The company conducts its Phase I trials at a 150-bed facility in Rennes and also in Newark, New Jersey, from where it carries out “a large variety of early clinical studies,” according to its website.

Biotrial says it is able to fast-track early patient studies by “combining the favourable regulatory environment in Western Europe with fast and efficient patient recruitment in Eastern Europe”.

Prosecutors in Paris have launched an investigation on the grounds of “causing involuntary injuries”.

Regional police and the specialist police who investigate crimes in health will take charge of the investigation.

Health authorities in France have also announced that inspections will take place immediately into the sites where the trials were carried out.

The health minister said they were not in a position to specify why volunteers had suffered adverse affects.

“We don’t know the exact cause, whether it was the molecule or the dosage,” said Touraine. “We need to investigate.”