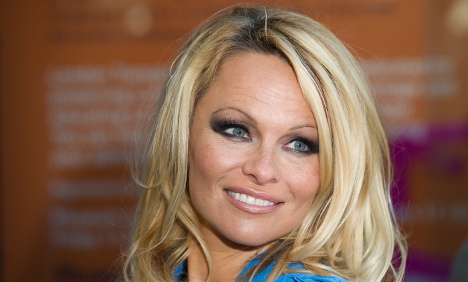 Photo: AFP
What's the best way to get people talking about your new ecological bill?
To invite Pamela Anderson to its presentation, of course.
Well, that's the reasoning of Deputy Minister of Ecology Laurence Abeille, who is unleashing his proposed law to ban the force feeding of animals on Tuesday afternoon.
And the former Baywatch babe is scheduled to attend the presentation.
“This is a personality who is very engaged in the issue of animal protection,” a member of the deputy's team told BFMTV, adding that her presence should “create a buzz”.
While French MPs are expected to turn up in droves, not everyone is impressed by Anderson.
A pro foie-gras group said in a statement that it was “surprised by the publicity stunt of choosing an American TV star from the eighties to condemn a product that is a jewel in the crown of gastronomy and French culture”.
Tuesday's bill is backed by a study carried out by several studies into the dangers of force-feeding ducks, a practice common in France for the production of foie gras.
However the bill might stand tough competition, with only 51 percent of the French population supporting a ban the practice of force feeding ducks and geese.
Pamela Anderson, 48, is an active member of the animal rights group Peta, a group that she stripped off for in a steamy YouTube video in 2014.
Url copied to clipboard!