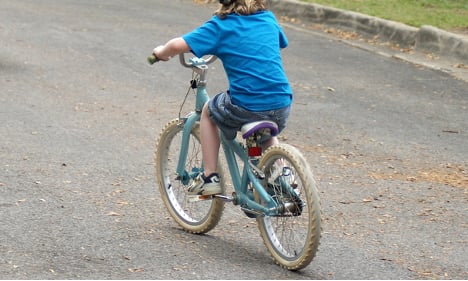 The five-year-old French boy had been hailed as a hero after jumping on his bike in the middle of the night to try to raise the alarm after his dad suffered a heart attack.

At around 10:30 pm last Wednesday, Kévin-Djéné was cycling down a country road in Mayenne, northwestern France, when an alarmed driver spotted him and pulled over to see what was going on.

The driver, Jean-François Pinot, told Ouest France newspaper that the young boy was “in pajamas and flip-flops, in the rain and frozen stiff.”

Pinot immediately called the police as he let the boy warm up in his car.

When the police arrived, Kévin-Djéné was shaken and proved difficult to understand.

“He was totally panicked, unable to give his name and address,” the local mayor, Claude Le Feuvre, told FranceTV info.

Eventually the boy was able to explain that his 58-year-old father had collapsed to the ground unconscious in front of him and his two-year-old sister.

He said was on his way to get help from his mother who works nights. Although the boy’s words were confused, the police eventually discerned the family’s address and got to the house within half an hour.

There, they found the boy’s father unconscious and immediately transported him to the hospital.

The boy's story was told across French media with the public being clearly moved by his feats.

But days later he was back in the news again.

It emerged that after being admitted to hospital, the father who was suffering from psychological troubles, committed suicide three days later.