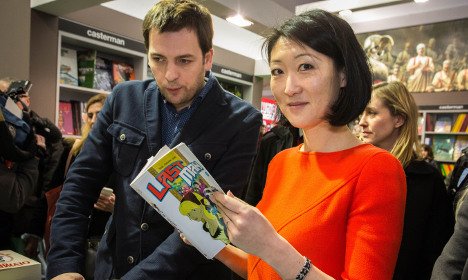 French Culture Minister Fleur Pellerin visits the Angouleme International Comics Festival in 2015. Photo: AFP
The Angouleme festival, which draws hundreds of thousands of visitors to the city in southwestern France, is one of the world's biggest comics events.
“The festival is, without removing anyone, going to add additional female author names to its list of those considered for the Grand Prix 2016,” the organisers said in a statement.
The lack of women among the 30 nominees for the prestigious prize prompted female authors to call for a boycott and generated a social media effort to highlight the work of women comics creators.
Several nominees, including Frenchmen Riad Sattouf and Joann Sfar as well as Americans Daniel Clowes and Charles Burns, had asked in an act of solidarity that their names be pulled from the list of nominees.
The organisers of the January 28-31 festival “cannot contort the reality” of the comics industry, which has been nearly exclusively male-dominated, festival director Franck Bondoux said.
“The Angouleme festival loves women… but it cannot rewrite the history of comics,” the statement said.
Organisers defended the event defended itself, noting it has played an important role in the emergence of woman authors such as Julie Maroh and Marjane Satrapi, who penned the Iranian Revolution coming-of-age story “Persepolis”.
France's Culture Minister Fleur Pellerin waded into the controversy on Wednesday, saying she found it “rather unusual” that no women were on the list of nominees.
A collective of about 200 female comics authors took to the Internet to express their outrage over the lack of women nominees.
“We rise up against this obvious discrimination, this total negation of our representation in a medium that includes more and more women,” the group, Comics Creators Against Sexism, wrote on its blog.
Only one woman, Florence Cestac, has been honoured with the Grand Prix at the festival, which she won 16 years ago.
Women make up just over 12 percent of professionals in the world of Francophone comics, according to comic journalists and critics association ACBD. 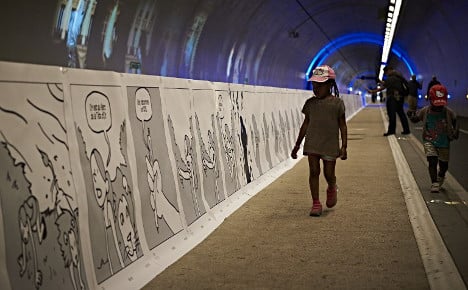 The feat brings the figurative medal for the longest comic strip back to Lyon from New York, where a group in 2014 stole the French city's 2011 record with a 1.2-kilometre (0.75-mile) sequence of drawings. “We have recorded a 1,600-metre-long comic strip, or 1,625 metres to be precise,” said Mathieu Diez, director of Lyon's comic festival, about the black-and-white cartoon that lines the wall of a tunnel in the city. Drawn by art students from Lyon and Barcelona, the comic tells the story of a 16-year-old girl named Lea who travels in time with the help of a magic pen from the Ice Age to the year 10,000.

Festival organisers hope to have their feat approved by a Guinness World Records committee within the next few months, they said. 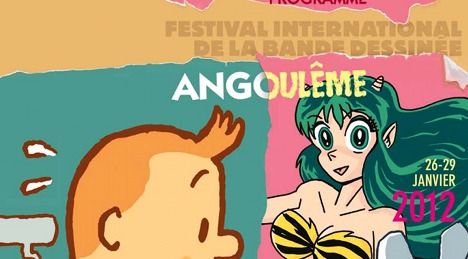