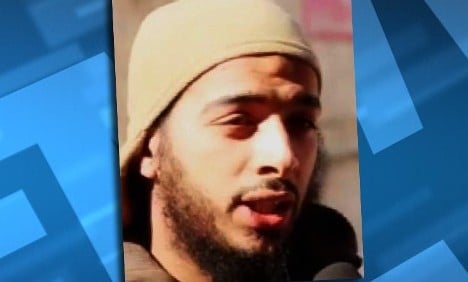 A key French member of the Islamic State group, Salim Benghalem, who had ties to the Charlie Hebdo attackers, was sentenced in absentia by a Paris court on Thursday to 15 years in prison.

Six other Isis foreign fighters were given sentences of between six and nine years. Benghalem is believed to be in Syria.

Some suspect he was the real ringleader of the Paris terror attacks and the instructor of Abdelhamid Abaaoud, who was killed by police in a raid just days after the attacks.

Benghalem, who is believed to have been the target of recent French air strikes in Syria, is listed as a “foreign terrorist combatant” by the United States, and is known to French intelligence services for his “active participation in combat” in Syria, a security source told AFP in September.

He came to the attention of French authorities for his involvement in the Buttes-Chaumont network of would-be jihadists in Paris which included Said and Cherif Kouachi, who carried out the attack on Charlie Hebdo magazine exactly one year ago.

Benghalem was imprisoned in 2007 for gang violence, and was released in 2010, after which he is thought to have travelled to Yemen, a security source said.

He grew up in Cachan, near Paris, and mysteriously fled his family to start a new life in Syria in 2013.

The man's wife spoke with Le Parisien on condition of anonymity, and said that her husband became “fatalistic and insensitive to death” after leaving France.

“Salim told me that if he returned, it would be try and cause maximum damage,” she told the paper.

She said that her husband had told her that the damage wouldn't be made via a bombing, but rather “a series of attacks”.