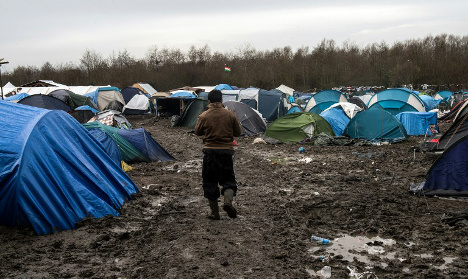 “One small good thing to come out of #JekyllandHyde cancellation. Our sets have been shipped to Calais to make refugee shelters,” writer Charlie Higson wrote on Twitter on Wednesday.

At least 4,500 people live in notoriously squalid conditions in the sprawling makeshift camp which is located in the northern French port city of Calais in the hope that they will one day be able to cross the Channel to Britain.

Since June, at least 18 people have died while trying to make the crossing illegally.

Loosely based on Robert Louis Stevenson's split-personality tale, The Strange Case of Dr Jekyll and Mr Hyde, the 1930s-set drama was dropped after only 1.1 million people tuned in for the final episode, compared to the 3.4 million that had watched the first.

Higson said the cancellation was not linked to complaints by viewers that the content of the show, which featured a human-dog hybrid, was too violent or disturbing for its 1830 GMT time slot.

Last year, material from British street artist Banksy's dystopian theme park Dismaland was shipped to Calais to be used in the construction of shelters for the refugees.