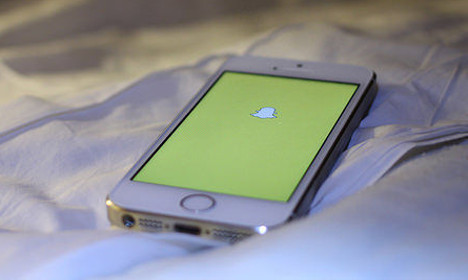 The video, which shows a young woman sexually assaulted by two men, was uploaded onto social media sites in France on Sunday evening.

It first appeared on Snapchat, a popular video messaging app, before being broadcast on Facebook.

The clip, which lasts around five minutes, was eventually removed on Monday morning.

Reports in France say two men suspected of being behind the sex attack were arrested on Monday morning in the town of Perpignan, near the border with Spain. They were later charged with gang rape.

Those reports also claim the young woman, said to be 19 years old, was found at their home “in a state of shock”. France Info says she remembers nothing of the attack, according to a source close to the investigation.

The website said the images leave no doubt that the woman was the victim of rape.

According to reports, the clip shows two men “humiliating” a young woman in an apartment. The victim, who appears to be either drunk or drugged, tries in vain to fight off her aggressors.

Images also show the two alleged attackers, said to be aged in their 20s, buying alcohol in a supermarket. Their faces remain hidden at all times.

Specialist police in the Paris suburb of Evry had been placed in charge of the investigation, but officers in Perpignan will take over after the arrest of the suspects.

According to reports, one of the suspected attackers, identified through his Facebook page, is already known to police.

The pair are being question on suspicion of aggravated rape.

They also demanded the victim be given adequate support for the “double trauma”.

“This video is not an isolated incident,” read a statement from the group. “The number of similar cases reported has greatly increased, with severe traumatic consequences and lasting damage for victims.”