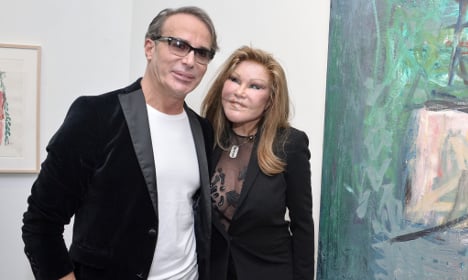 A multi-generational inheritance squabble in one of the world's foremost art-dealing dynasties with a penchant for thoroughbred
racehorses will be played out in a Paris court from Monday.

In a case worthy of a soap opera, the spotlight will be thrown on the activities of New-York based Wildenstein and Company when several family members go on trial on charges of tax fraud and money-laundering.

Franco-American Guy Wildenstein, 70, and his entourage are at the heart of the investigation and could face up to 10 years in jail in a saga which has gripped high-society watchers.

The case follows an investigation into years of alleged coordinated attempts by the dynasty to place assets beyond the reach of the taxman.

But a year later, French investigators began looking into his affairs following accusations he concealed much of his inherited fortune from the taxman and from his heirs via a web of opaque trusts and tax havens.

Sylvia Roth, widow of the gallerist's father, Daniel Wildenstein, filed a criminal complaint against her stepson to that effect in a bitter dispute over the size of the family fortune.

After his death, Guy Wildenstein assumed control of the arts business, while younger sibling Alec concentrated on horse breeding.

But Guy also assumed control of the latter when Alec — who achieved public renown for his messy divorce from Swiss socialite and cosmetic surgery devotee Jocelyne Perisse, nicknamed “Bride of Wildenstein” — died in 2008.

In 2008, the dynasty valued Daniel's estate at just $61 million after Guy took over as president of the family's gallery empire.

That was despite assets including a host of works by rococo painter Fragonard and post-impressionist Bonnard and a stable of thoroughbred horses including Ascot Gold Cup winner Westerner.

It also included a vast real estate portfolio, with the jewel in the crown a luxury Kenyan ranch which provided the backdrop for the film “Out of Africa”.

Such assets were in the main registered in tax havens in a series of trusts, including one named “Delta” which alone holds paintings worth an estimated billion dollars, according to a source quoting the US tax collection service IRS.

Guy and Alec Wildenstein together declared just €40.9 million for inheritance tax purposes in 2002. To pay the 17.7 million euro bill, they handed over bas-reliefs sculpted for Marie-Antoinette, the wife of Louis XVI.

Guy says there was no legal obligation to report trust-held assets on his father's death.

According to the French investigation, the IRS will also pursue unpaid taxes for artworks.

Due in court for a month-long trial are Guy, his nephew Alec Junior and Alec's widow Liouba Stoupakova, who is herself at loggerheads with her in-laws.

A notary, two lawyers and two trust managers — the trusts are held in Guernsey and the Bahamas — will also be in the dock.

It is likely the case would never have seen the light of day had it not been for the legal battles fought by female members of the clan — not least Jocelyne, whose 1998 divorce settlement lifted the veil on the Wildensteins' business dealings.

In a rare interview three months ago, Guy Wildenstein said he knew little about tax and declared that “my father never used to talk to me about his business affairs”.

He said he hoped he would not be made into a “scapegoat”.