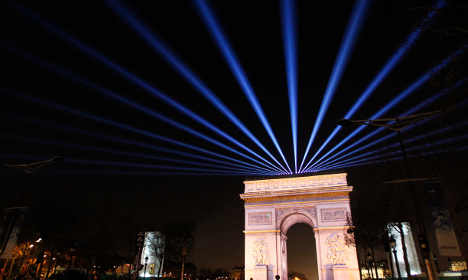 Photo: Matthieu Alexandre/AFP
After 130 people were gunned down just six weeks ago in the Paris terror attacks, those in the city have understandably been on edge ever since. Indeed, the country still remains in a state of emergency that looks set to stay in place for months.
And Thursday night – New Year's Eve – has clearly left some people preferring to stay indoors.
“I'm not going anywhere near any large gatherings under the current circumstances,” said Facebook follower Chris Balchin.
“It's going to be an evening at home with a bottle of champagne and raclette. Couldn't be better.”
Balchin is far from alone.
The national union hoteliers, restauraunt-owners, café-owners and traders, or Synhorcat, has reported a 50 percent drop in restaurant bookings for Thursday night.
Francis Cousin, a caterer in Paris, said that his line of business has also been hit hard.
“We've had a lot of New Year's Eve cancellations,” he told Europe 1.
“It's been catastrophic. Everyone wanted to cancel everything. People are reluctant to organize events involving a lot of people.”
Hotels have also suffered, including the luxury Plaza Athénée, which is reporting an occupancy of just 65 percent for the night.
“It's the first time in 15 years we've not been full for New Year's Eve,” hotel manager François Delahaye told France TV Info.
The streets will be emptier too. While 650,000 thousand Parisians and tourists gathered along the Champs-Elysées avenue for midnight last year, town officials have decided to go for a much more sombre affair this time around. Photo: AFP
They've increased security at the event, which is likely to be France's biggest since the attacks, and cancelled fireworks over fears they might spark panic.
Instead, images will be projected onto the Arc de Triomphe in a display that will last just ten minutes, starting at 11.50pm.
Four large screens will be placed along the famous bouvelard to avoid a large crowd forming around the archway.
Some revellers, however, have refused to let terror attacks get in the way of a good celebration.
Brendan Docherty told The Local that he had friends from around Europe coming to visit him in Paris for the occasion.
“We will 'be aware but not be afraid' and intend to enjoy ourselves,” he said.
“After all, we're from Glasgow – if you've done Hogmanay in Glasgow, you can do it anywhere,” he added, using the Scots word for the last day of the year.
Others showed their support from abroad, including Facebook follower Mary-Anne Helms.
“I can't be in Paris, but If I could, nothing would hold the me back,” she said.
If you're going to be in France on Thursday and are looking for ideas of how to celebrate the new year, click here. 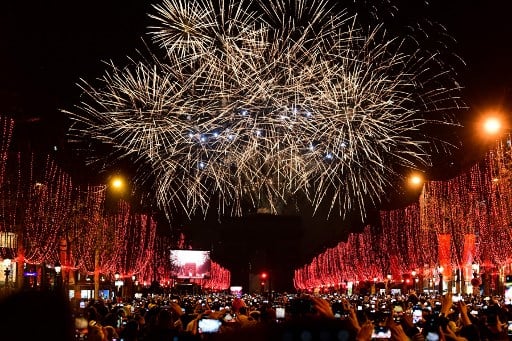