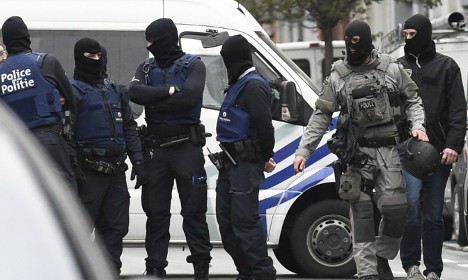 It had already been clear that the three groups of terrorists – who targeted the Bataclan concert hall, the Stade de France, and terraces of cafes and bars – had been in contact with each other on the evening of November 13th, but the investigation shows that they had also been in contact with at least one person in Belgium.

French daily newspaper Le Monde has had access to 6,000 minutes of the investigation into the attacks and revealed on Wednesday that the terrorists had apparently been overseen by an associate in Belgium. The attackers who shot at cafe and bar terraces, including Abdelhamid Abaaoud, were in contact with a Belgian phoneline on the evening of November 13th.

A separate Belgian phone number was contacted by the Bataclan bombers, however both lines were located in the same place during the night of the attacks, leading police to think that at least one person oversaw the attacks.

A Samsung mobile phone, found in a trash can near the Bataclan and bearing the DNA of two of the bombers, has played an important part in the investigation. At 9:42pm, two minutes after shooters arrived at the concert hall, a text message was sent from the phone to a Belgium number saying: “We’ve left, we’re starting.”

Le Monde’s report says that the phoneline was “opened on behalf of Salah Abdeslam” and “active from November 12th at 22:24”. The line was disabled immediately after the text message was received.

Analysis of the phone revealed that the owner had downloaded secure messaging app Telegram at around 2pm on the Friday, before searching the internet to find photographs and plans of the Bataclan hall’s layout. They had also searched for “Eagles of Death Metal White Miles au Bataclan” – White Miles were the American rock band’s support act.

Salah Abdeslam was able to return to Belgium after the Paris attacks, passing three police controls, and has not been found since despite a Europe-wide manhunt.

Belgian authorities have charged and taken into custody eight people suspected of helping the attackers.