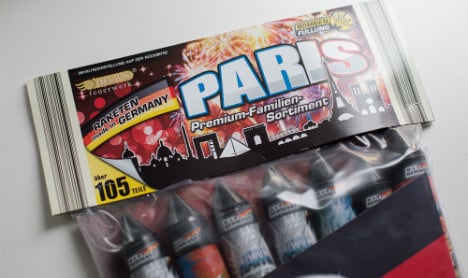 A Twitter user, discussing the controversy under the hashtag #marketingfail, asked mockingly what the discounter would offer next, “the Firecracker Box Damascus?”

A spokeswoman for the Aldi Süd chain voiced surprise and said the box of rockets and firecrackers was part of a product line named after cities, also including Las Vegas, Sydney, Barcelona and Rio.

The production of the “Paris” box had begun in February, she said, well before the attacks of November 13 that killed 130 people in Paris and shocked the world.

Firecrackers and rockets are huge business in Germany, where they are sold on the year's last three days and in 2014 netted €129 million ($140 million).