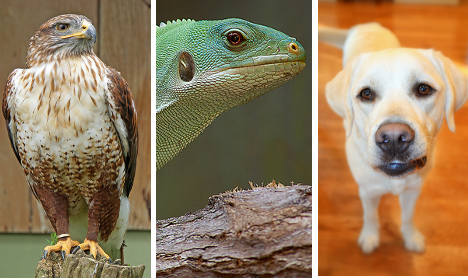 The majority of the animals were discovered “crammed in different freezers”, Anne-Claire Chauvancy, a representative from the Fondation Assistance aux Animaux, told the Liberation newspaper.

Chauvancy had arrived at the farm in the village of Cupilly in Picardy, northern France, along with the regional gendarmerie, to confiscate around 100 animals.

Thirty-nine animals, including dogs, goats and a tarantula, were found alive and taken away by the foundation in a search of the property on Monday morning. Seventy-three more living dogs were discovered in the late afternoon, in an abandoned warehouse where the owner had hidden them.

The 52-year-old owner was charged with seven offences of animal cruelty including managing a shelter without authorization, starving animals, keeping their corpses and keeping pets in a habitat which may cause suffering.

She was also charged with resisting arrest for “biting a police officer during the questioning on Monday,” the prosecutor for Laon, Baptiste Porcher, told AFP.

Some of the animals thought to have been kept on the farm are still missing.

The woman was sentenced by the Criminal Court of Laon and must pay two suspended fines of €500 and €300 as well as an immediate fine of €100. She was taken into custody on Monday and her custody was extended on Tuesday morning.

The court also ordered her animals to be confiscated.

In 2011, over sixty dogs and farm animals living in squalid conditions were confiscated from the owner following a veterinary inspection.