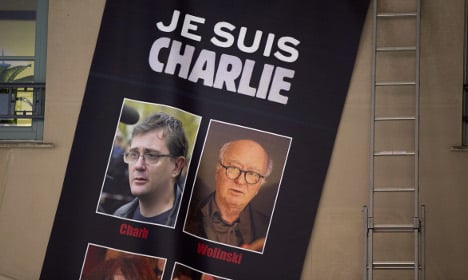 A total of 110 journalists were killed around the world in 2015, Reporters Without Borders (RSF) said on Tuesday, noting that while many died in war zones the majority were killed in supposedly peaceful countries – including France.

Sixty-seven journalists were killed in the line of duty this year, the Paris-based watchdog said in its annual roundup, listing war-torn Iraq and Syria as most dangerous places for journalists with 11 and 10 fatalities respectively, followed by France.

France was the scene of a brutal attack on the press in January, when gunmen opened fire at the Charlie Hebdo offices, killing 12 people, eight of whom were journalists including the publication's editor Stephane Charbonnier.

“It was an unprecedented tragedy,” RSF said. “A western country had never suffered a massacre of this kind in the past.

“Charlie Hebdo's journalists and employees have been living under close protection ever since. Some of them still have to keep changing their place of residence.”

In September, employees moved to new high security offices after a temporary period of residence at the at the Paris offices of the French daily Liberation.

But the magazine has continued to court controversy, not backing down after either the attacks on its offices or the November 13th attacks in the French capital. In the issue following those November attacks, the magazine cover bore the words: “They have the weapons. Screw them. We've got champagne!”


Tuesday's RSF report shows that apart from the 67 journalists killed in the line of duty in 2015, a further 43 journalists around the world died in circumstances that were unclear and 27 non-professional “citizen-journalists” and seven other media workers were also killed.

The high toll is “largely attributable to deliberate violence against journalists” and demonstrates the failure of initiatives to protect media personnel, the report said, calling for the United Nations to take action.

In particular, the report shed light on the growing role of “non-state groups” – often jihadists such as Isis – in perpetrating atrocities against journalists.

In 2014, it said, two-thirds of the journalists killed were in war zones. But in 2015, it was the exact opposite, with “two-thirds killed in countries 'at peace'.”

“Non-state groups perpetrate targeted atrocities while too many governments do not comply with their obligations under international law,” RSF Secretary General Christophe Deloire said.

“The 110 journalists killed this year need a response that matches the emergency. A special representative of the United Nations secretary-general for the safety of journalists must be appointed without delay.”

The 67 deaths bring to 787 the total number of journalists who were murdered, knowingly targeted or killed in the course of their work since 2005, the organization said. In 2014, there were 66 such fatalities.