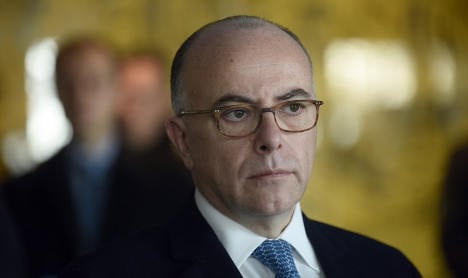 The attacks “unfortunately showed that some terrorists are trying to get into our countries and commit criminal acts by mixing in with the flow of migrants and refugees,” French Interior Minister Bernard Cazeneuve said in a letter to the European Commission.

“The checks of travel documents presented by refugees at the external borders of the EU are an extremely significant and worrying issue,” Cazeneuve added.

The minister said blank passports were in circulation that were stolen from administrative facilities in places overrun by the Islamic State jihadist group. Once an identity had been added, “these 'real-fake' passports are very hard to detect”, he said.

“Other passports have also been taken from dead people, such as Syrian soldiers or civilian victims of bombings and then sold to people resembling them,” Cazeneuve added.

He urged the EU to improve the quality of the equipment used to check travel documents at external borders, particularly in Greece and Italy, to allow the documents to be matched against databases of stolen or lost passports compiled by Interpol.

The minister also pointed the finger at Turkey, saying that according to several European intelligence agencies some of the blank passports stolen in Syria were altered in Turkey and then sold on.

Two of the suicide bombers who detonated their explosives outside the Stade de France national stadium on November 13th were carrying Syrian passports, which investigators believe were not theirs.

The passports had been used to enter Greece in October.