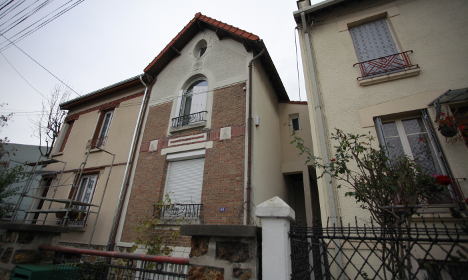 The house where Samy Amimour is thought to have lived in Seine-Saint-Denis. Photo: AFP

The wife of one of the Bataclan terrorists said she was “proud” and “happy” of his involvement in the November 13th bombings, emails published in French daily Le Parisien reveal.

Samy Amimour, aged 28, was one of the three shooters who killed 90 people at the Bataclan. Three days after the massacre, his wife, named as Kahina, emailed an old friend in France saying:  “Did the attacks shock you? LOL,” before boasting that her husband had been one of the assailants.

“I encouraged my husband to leave in order to terrorize the people of France who have so much blood on their hands […] I’m so proud of my husband and to boast about his virtue, ah la la, I am so happy,” the emails uncovered by investigators said.

The woman is 18 years old and based in Iraq, where she recently gave birth to a child. She had also sent threatening messages to the friend before the attacks took place, saying “France and the whole coalition will know what it's like to have war at your home. You kill us, we kill you, the equation is simple.

“As long as you continue to offend Islam and Muslims, you will be potential targets, and not just cops and Jews but everyone.” The woman married Amimour after meeting him in Seine-Saint-Denis, a suburb near to Paris, while he was working as a bus driver. In 2014 she dropped out of high school to join him in Syria, where he had moved the previous September.

Le Parisien explained that after a period in Raqqa, Syria, the couple had moved to Mosul in Iraq. In her messages, the wife also boasted of her standard of living in an Isis stronghold.

“I have a furnished apartment with a fitted kitchen, two bathrooms and three bedrooms, and I don’t pay rent, electricity or water bills. What a great life!”

Le Parisien said that the messages “contained all the propaganda codes” of Isis.

Samy Amimour was buried on Thursday in the Seine-Saint-Denis suburb of Paris where he grew up and his parents still live. A source from the town hall said: “There were very, very few people there.”