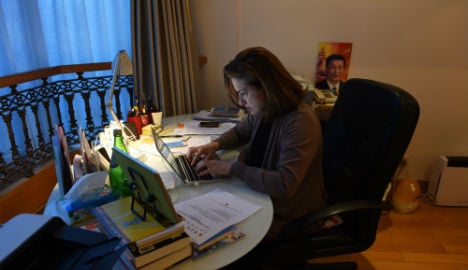 Ursula Gauthier working in her Beijing apartment. Photo: Greg Baker/AFP
“This is not about me, this is about a very violent attempt to muzzle the international press,” said Ursula Gauthier, the China correspondent for France's L'Obs news magazine.
“I'm not the target here. It's very important that we don't let China fall back into ways that we thought had gone forever and which bring to mind the Cultural Revolution,” she told France Inter radio.
Beijing refused to renew Gauthier's visa after she published an article criticising the government's policies in Xinjiang, home to a mostly Muslim Uighur minority and a region where violent incidents are common.
The foreign ministry said last week a report she did for L'Obs “flagrantly championed acts of terrorism and acts of cruelly killing innocents”.
In her story Gauthier suggested that violence by Uighurs against civilians might, in part, be driven by resentment of the government's policies.
Gauthier said press freedom in China was “in great danger” and it was not just the international media that were being repressed.
“The Chinese press itself has been totally muzzled,” she said.
“There were still some media on the fringes, especially in the provinces, which had some independence and which could cover subjects that weren't totally orthodox. But they can't do it any longer.
“There were also bloggers on social media who were an independent voice. They have also been muzzled and they were paraded on TV in prison overalls to show that they were criminals.”
China's official Xinhua news agency said in a commentary Monday that Gauthier's piece was “as immoral as it is sensational”.
“Whether Gauthier admits it or not, her fact-distorting article equates to justifying terror attacks in Xinjiang,” it said.
The decision to expel her was approved by 95 percent of respondents in a poll on the website of the Global Times, an often incendiary publication with close ties to the ruling Communist Party.
China's foreign ministry said Monday Gauthier had made critical comments in a decade of reporting from the country, but that her article on Xinjiang was particularly offensive and justified expelling her. 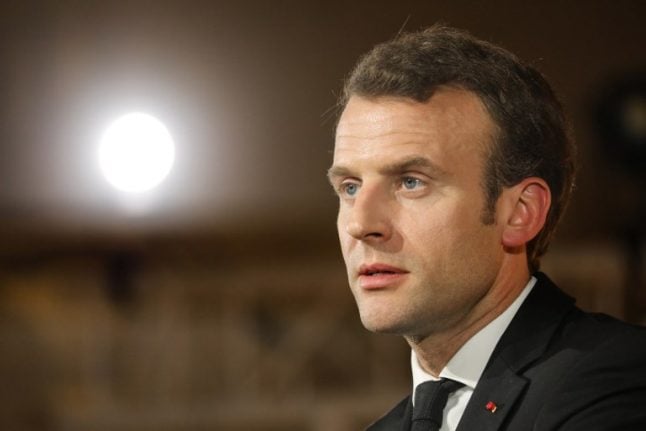