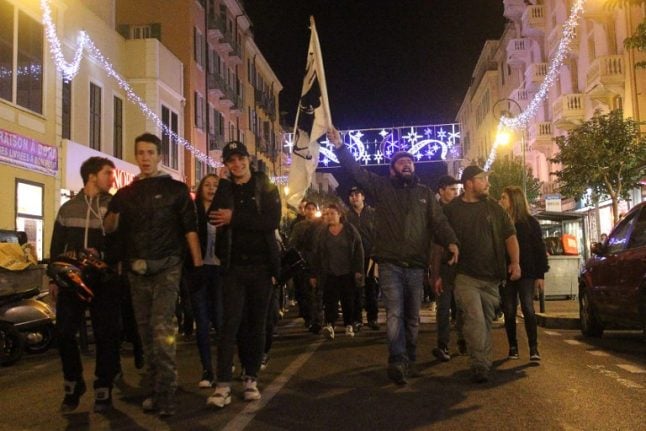 Protesters march towards the prefecture in the Corsican capital Ajaccio on Saturday. Photo: Yannick Graziani/AFP
Security forces also cordoned off Ajaccio's poor Jardins de l'Empereur housing estate, as Corsica's administrator Christophe Mirmand told AFP that the ban would be in effect until at least January 4 and cover “all protests and gatherings”.
Hundreds of protesters marched for a second straight day Saturday through several working-class districts of Ajaccio shouting slogans such as “This is our home!” and “Arabs get out”.
The unrest followed a Christmas Eve clash in which two firefighters and a police officer were injured at the estate, home to some 1,700 people.
Regional official Francois Lalanne said a fire had been “deliberately lit” in the neighbourhood in a ruse aimed at “ambushing” the emergency services.
A firefighter told French television that “about 20 people armed with iron bars (and) baseball bats” had tried to attack them but were unable to smash through the windows of their truck.
The next day, 600 people gathered in front of police headquarters in Ajaccio in a show of support for the police and firefighters. But some 300 broke away to head for the housing estate.
Shouting xenophobic slogans, the group smashed a Muslim prayer room, partially burning books including copies of the Koran, Lalanne said.
French Prime Minister Manuel Valls wrote on Twitter that the break-in was “an unacceptable desecration”, while also condemning the “intolerable attack” on the firefighters.
“This behaviour must stop. It hurts Corsica's image,” Mirmand said, describing as “shocking and unacceptable” remarks that could lead to prosecution for hate speech.
The population of France's lush Mediterranean “Isle de Beaute” (Island of Beauty) increases by tenfold during peak tourist season.
The Jardins de l'Empereur (Emperor's Gardens) area perched on an Ajaccio hillside was tense on Sunday amid rumours that a new protest was planned despite the ban.
The unrest came as France remains jittery following the November 13 jihadist attacks in Paris that left 130 dead.
Regional elections in mid-December handed major gains to France's anti-immigration far right, with Corsica's nationalist party winning power for the first time. 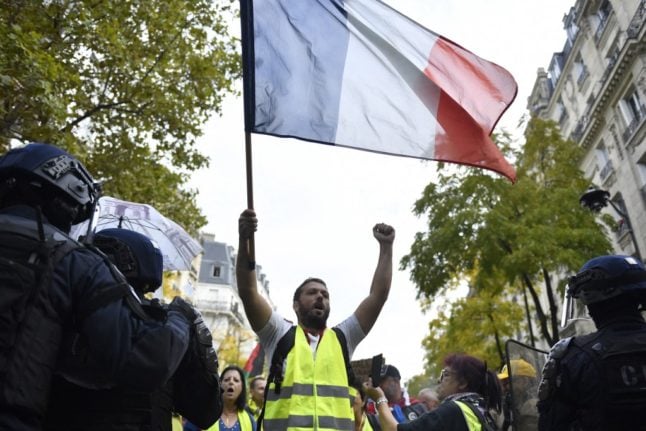