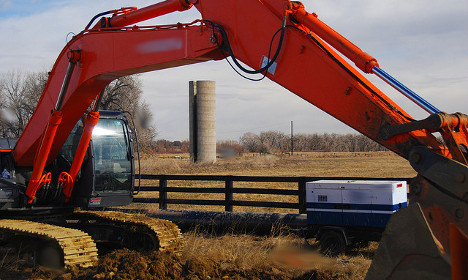 Photo: LetIdeasCompete/Flickr
There are limits to how far you can go to stop a robbery, a French farmer found out this week.
The man was in the process of being robbed in July by two men who were taking irrigation equipment from his farm in Pau, in the Pyrénées-Atlantiques.
However, the farmer didn't let them get away easily, taking to their getaway car with a mechanical digger and reducing it to smithereens.
The court ruled on Wednesday that this was a “disproportionate method of defence” and demanded the farmer pay €2,400 in damages. For his part, the farmer said he acted so aggressively due to “an exasperation that came from being robbed so many times”.
The thieves, aged 30 and 28, were sentenced to three months in prison and 70 hours of community service respectively.
They were also told to pay €450 in damages to the farmer.