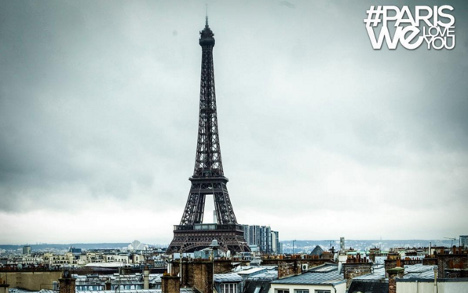 As could have been expected, the Paris terror attacks that left 130 people dead hit the city’s booming tourism industry hard.

The French capital may be the most visited city in the world but when gunmen go on the rampage, even Paris will lose some of its allure.

And that was the case after the violence of November 13th – with hotels, restaurants, airlines and tourist attractions across the capital all reporting huge losses as visitors decided to stay home or cut their trips short.

But on Tuesday the French capital hit back with a massive social media campaign to try and tap into the global love for Paris.

The campaign under the hashtag #ParisWeLoveYou was backed by the Town Hall as well as the tourism sector leaders like AccorHotels, Aéroports de Paris, Air France and theme parks like the Parc Asterix.

“In the pursuit of the spirit of solidarity and the considerable international attention after the events of November 13th, tourism stakeholders must be mobilised at France’s front door, which is Paris.

“This is not a promotional campaign but one of solidarity,” said Gerard Bremond, from the holiday company Pierre et Vacances at a press conference at the Galleries Lafayette store in Paris on Tuesday.

Social network users are being invited to leave their favourite photos of Paris on the website www.parisweloveyou.fr

A giant photo mosaic featuring all the entries will be printed and made into art installations that will be put on display in January 2016.

A poster campaign will also be launched in cafes, restaurants and cinemas across the capital.

A Paris wedding destination because the city of love will rise again stronger. #ParisWeLoveYou pic.twitter.com/ALFuBrcdfd

#ParisWeLoveYou is now a thing, apparently! My contribution, made at a wonderful summer picnic on the Champ de Mars pic.twitter.com/95RWMXB2Nw

“The general rule is that when there is a crisis of this nature, people travel less and the whole tourism sector is hit and behind that it’s people’s jobs we have to think about,” said Philippe Houzé from Galeries Lafayette.

“Companies are not doing this to make up the losses but to save the image of Paris, because if nothing is done it will be too late,” said Hauzé.

“People have spoken about war, but we need to break this image that Paris is a city at war and show that life is getting back to normal.”