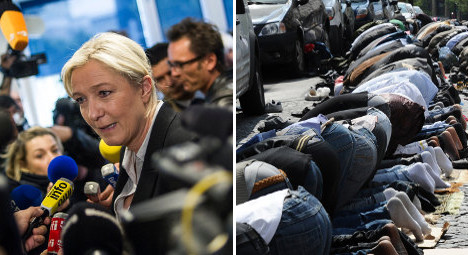 The 47-year-old had been accused of “inciting discrimination, violence or hatred toward a group of people based on their religious beliefs” over the comments made in December 2010.
Le Pen who has worked to soften the image of her party, had appeared in a court in the central city of Lyon over the comments she made while campaigning to take over the leadership of the party from her father five years ago.

The move to put her on trial comes after the European Parliament has stripped the National Front leader of her immunity as a lawmaker in July 2013.

That decision left her open to face prosecution in France, but on Tuesday the court in Lyon cleared her of all charges.

While relieved of these charges, Le Pen is still facing legal woes.

Her party has also been slapped with charges of fraud as part of an ongoing probe into campaign financing.