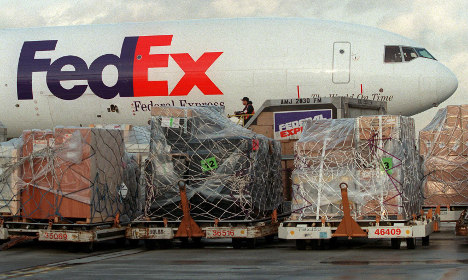 France's competition authority on Tuesday slapped €672.3 million in fines for price-fixing on 20 package shipping firms, including the local subsidiaries of international market leaders such as DHL, FedEx and TNT.

The market regulator found the companies, plus a trade association linking them, had been involved in discussions on price hikes and that many of the firms had also discussed a common method to apply a fuel surcharge on package shipping between 2004 and 2010.

“Roundtables were regularly organised before and during rate hike campaigns, which allowed the firms to harmonize their rate positions and secure their commercial negotiations,” said the Competition Authority in a statement.

“The discussions were held in secret and no official records were made,” it added.

Chronopost, the delivery company run by the French postal system now known as DPD France and Geodis, owned by the state-held SNCF rail operator were also caught up in the price fixing ring.

Those two companies, plus DHL and TNT, were considered to be among the eight main members of the price-fixing ring, which accounted for 71 percent of the market.

The regulator said the package delivery sector is “a key activity for French industry”.

It said manufacturers are heavily reliant on the shipment of packages to each other and clients, not to mention online retailers who were completely dependent upon them to deliver goods to customers.

“Nearly the entire fabric of French industry and commerce was affected by the price-fixing practices including the e-business sector which was booming,” said the Competition Authority.

The fine was the second largest handed down by the Competition Authority in the past 15 years.