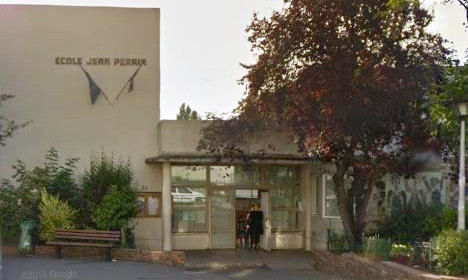 On Monday afternoon, the teacher admitted to making up the entire story, according to the prosecutor.

The nursery school teacher had claimed that he had been stabbed with a box cutter by an unidentified attacker, at around 7am out the front of the Jean Perrin d'Aubervilliers school in the northern suburbs of Paris, reported Le Parisien newspaper.

The teacher described the man as being dressed in painter's overalls and a balaclava. He claimed that after stabbing him in the site and the throat, the attacker said “That's for Daesh, this is a warning”, the paper reported. Daesh is another name for Isis.

According to the teacher's claims, the man had fled the scene, sparking a police hunt.

The teacher, who was preparing for his class at the time, was taken to hospital but is not believed to have suffered life-threatening injuries.

French authorities appear to be treating the stabbing as a terrorist incident, with counter-terror police taking over the investigation into a crime of “attempted murder in relation to terrorism”

The teacher worked at a school in Aubervilliers, in Seine-Saint-Denis department in the north-eastern suburbs of Paris.

Local authorities asked police to step up protection at all schools in Aubervilliers following the claims.

France's minister of education Najat Vallaud-Belkacem was on her way to the school and the town's mayor was also at the site.

The teacher was stabbed at a school in Aubervilliers, in the northern suburbs of Paris. pic.twitter.com/nv7rExaG23

The Islamic State's French-language magazine Dar-al-Islam called in its November edition for its followers to kill teachers in the French education system, describing them as “enemies of Allah” for teaching secularism and “in open war against the Muslim family.”

France is on a high state of alert after the terror attacks of November 13th which left 130 dead in Paris.

Just days after those attacks a Jewish teacher was stabbed by three attackers in the city of Marseille, who were shouting anti-Semitic obscenities and expressing support for the Islamic State group, local authorities said.

The attackers, who were travelling by scooter, demanded he look at smartphone pictures of Toulouse jihadist Mohamed Merah, who shot dead three Jewish schoolchildren, a teacher and three soldiers in southwestern France in 2012, Marseille public prosecutor Brice Robin told AFP.

They also “showed him a t-shirt with the logo of Daesh (an acronym for Islamic State)” before lunging at him with a knife, injuring him in the arms, legs and stomach, Robin added.

Last month's attacks saw France impose a three-month state of emergency, and led to a Europe-wide manhunt for suspects who may have been involved.

Security has also been boosted at schools.

“We will continue to reinforce security measures at schools in a context where schools feel threatened,” she said.

In March 2012 jihadist Mohamed Merah killed three children and a teacher outside a Jewish school in an attack which also saw him kill three soldiers.