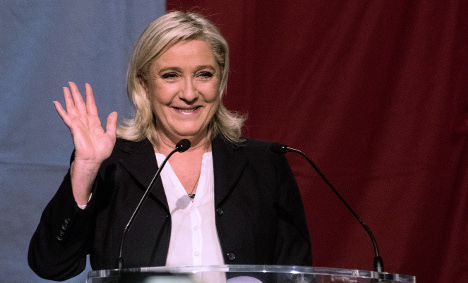 Politicians from France’s mainstream parties on the left and the right said all the right things on Sunday night following the second round of the French regional elections.
There was no sense of jubilation or euphoric victory speeches.
How could there be after the National Front, for so long considered a rebel extremist party, won 6.8 million votes and a 28 percent of the electorate?
But what there was, was a huge sense of déjà vu.
Politicians on the left and the right talked of the need to learn lessons once and for all.
“We can’t go on like this,” said the head of France’s Socialist Party Jean-Christophe Cambadelis.
The conservative Xavier Bertrand, who routed Marine Le Pen in Nord-Pas-de-Calais-Picardie, talked of it being “a last chance” to halt the rise of the National Front.
And the Prime Minister Manuel Valls, who led the campaign to dissuade people from voting for the National Front, even suggesting it would end in civil war and talked of the need to “listen to the French people”. The problem is these kind of pledges and statements have been made before, notably after the National Front finished top of the pile in last year’s European Elections.
But despite all the talk the French political elite failed to act.
And many fear it will be the same again this time.
With the Republican Front – an alliance of left and centre-right voters successfully keeping the National Front out of power, many will think there is no real need to change things.
The political leaders are in danger of being struck down by amnesia, argued Liberation newspaper.
“Their reasoning will be: The political system was certainly tested, but in an emergency, when the fundamentals were threatened and when the electorate decides (finally) to go and vote, it actually works. So why risk changing it?” read the article.
But Liberation urged the political class to come up with fresh ideas – and fast.
“We have a year to begin rehabilitating political action (in France),” it said.
The Catholic newspaper La Croix said in its editorial: “If answers are not found to French people's concerns, the National Front will continue its progression until the presidential election.”
Simply blocking Le Pen from taking power is not a long term solution and it’s likely to only make things worse.
It plays into her hands by confirming the narrative that the system is against her and that the voices of millions, indeed 6.8 million, are being ignored.
While the Socialist Party’s move to pull out their two candidates to block the National Front was perhaps not “undemocratic” as Le Pen had claimed, it will hardly encourage French voters to head to the polls.
“We have to encourage the public to vote for something rather than against it,” said PM Valls.
But how can that be done? And can it be achieved before the 2017 presidential elections?
“That’s the million dollar question,” French political analyst Bruno Cautres told The Local on Monday.
Cautres believes the regional elections, despite once again showing the rise in popularity of the National Front, did not deliver the real shock that would bring about a change in the way the main parties act.
“That will probably come in the 2017 presidential election when Marine Le Pen will knock out either Francois Hollande or perhaps Nicolas Sarkozy in the first round,” he said.
“There would be huge ramifications for the losing party,” he added.
If that did happen then we can expect the calls to once again go out from both the left and the right, urging voters to prevent Le Pen from gaining power.
But the parties will need to act to prevent that likelihood becoming the reality that almost everyone believes will now happen.
Nicolas Sarkozy hasn’t wasted time.
He announced that there would be a reshuffle at the head of his Republicans party in January, with his number Nathalie Kosciusko-Morizet reportedly to be pushed aside.
Sarkozy has also announced that debate must take place so the party can decide on the real line it wants to follow. Sarkozy has often been accused of moving to the right to win over National Front voters, which critics say has only given more legitimacy to Marine Le Pen.
Even though Les Republicains won seven regions out of 13 in France, the outcome has been considered a failure on the part of Sarkozy, with many believing France’s main opposition party should have done better.
Wedged between Hollande and Le Pen, Sarkozy appears to be finding it tough to conquer new ground.
The fact that he was booted out of power in 2012 does not help his cause and gives further ammunition to Le Pen as she tries to present herself as the only real alternative to the “evil” Socialists.
For the governing Socialist party, their chances of undermining the National Front seem to depend on whether they can cut the scourge of unemployment and somehow give more hope to the young voters who have turned to the National Front.
French PM Manuel Valls wants new measures and new reforms to help boost jobs and training among young people but he and his government are running out of time.
Marine Le Pen’s defiant quote after Sunday night’s results was that “nothing is going to stop us”.
Unless the mainstream parties act quickly and decisively, then there’s no reason to disbelieve her.