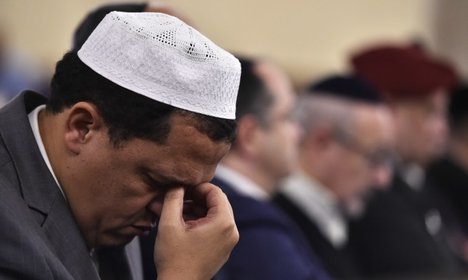 The boy had written thousands of messages on Twitter since May, filling over 70 pages of text, including recent posts celebrating the November 13th attacks.

He was sentenced on Thursday to three years in prison, 12 months of which were suspended, for glorifying terrorism, Le Monde reported.

According to the prosecutor's office, the man had written that he wanted to “break France like they have broken our country”.

Other messages mocked the co-ordinated attacks in November, such as “Paris mobilized against Daesh, lol, they can't do anything”. Another said: “Shooting in Paname, lol” (the word Paname is a slang French word for Paris).

The 18-year-old had also uploaded a picture of the wanted poster for fugitive Salah Abdeslam, a key suspect in the attacks, replacing Abdeslam's face with his own. According to his lawyer, Jean-Charles Jobin, this was “for a joke with his aunt”.

Police also found a text message from a female friend which the man had received after the attacks, saying “Swear to me that you had nothing to do with it”.

He was also charged with threatening to kill Drancy imam Hassen Chalghoumi in May 2015.

The young man, who has been in police custody since November 18th, said he “regretted” his actions and apologized both for the messages and the threat.

“It was a moment of delirium, I didn't think at all. I created a character for myself. In reality, I am not like that at all…I was hooked on it,” he said.

“If it was a moment of madness, it was a long one,” the prosecutor said.

Jobin defended his client, describing him as “a normal kid. Beyond Twitter, there's nothing.” He added that between May and November, the justice system did not intervene “because there was no danger”.

However, the boy did have a criminal record and had been tried in juvenile court for violence and verbal assault.