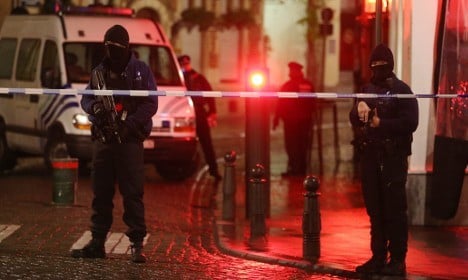 Seven suicide bombers and gunmen blew themselves up or were killed by police in the November 13th attacks on the Bataclan concert hall, the Stade de France stadium and a string of bars and restaurants across eastern Paris.

Five of the seven have been identified. Five days after the attacks, the suspected ringleader, 28-year-old Abdelhamid Abaaoud, was killed in a police raid on a flat in the northern Paris suburb of Saint-Denis – not far from the stadium – along with two other people.

Here is a summary of the latest developments in the investigation. The worst bloodshed took place at the Bataclan concert hall, where 90 rock fans were shot dead by three French gunmen, all of whom had spent time in Syria.

The last of the three was named on Wednesday as 23-year-old Foued Mohamed-Aggad, part of a group of 10 that left Strasbourg for Syria in 2013. He was identified after his DNA was matched with that of his mother, who contacted police when she received a text message saying her son had died a 'martyr'.

After Aggad was named, his father said that if he had known what his son was going to do, he “would have killed him earlier”.

The other two attackers were 28-year-old former bus driver Samy Amimour and Omar Ismail Mostefai, 29. Both were from the Paris area and were known radicals.

Two of the three blew themselves up, while the third was shot by police.

Shortly before the assault on the Bataclan, a group of three gunmen, including Abaadoud, drove around the east of Paris spraying cafes and restaurants with bullets.

Brahim Abdelslam, a 31-year-old Frenchman who was living in Belgium, eventually blew himself up outside a cafe-bar, injuring one person. Abaaoud, a notorious Belgian jihadist of Moroccan origin, escaped unharmed but was killed in the massive police operation in Saint-Denis on November 18th.

The third gunman also escaped and is believed to be the as-yet-unidentified suspect who blew himself up during the Saint-Denis raid. Spectators gathered on the pitch after the bombing. Photo: AFP

The coordinated attacks began when three men blew themselves up outside the Stade de France national stadium during a France-Germany football match. Only one of that trio has been identified: Bilal Hadfi, a 20-year-old French national who was living in Belgium and who had also travelled to Syria.

The other two were carrying fake Syrian passports they apparently used to enter Greece in October, posing as refugees.

During the seven-hour police raid on the Saint-Denis flat, three people died: Abaaoud, his 26-year-old French-born cousin, Hasna Aitboulahcen, and a third man who blew himself up, who is suspected of participating in attacking the bars and restaurants.

The police used over 5,000 bullets as well as grenades in the assault, making the bodies difficult to identify.

Salah Abdeslam, the 26-year-old brother of bar bomber Brahim Abdeslam is still at large. Investigators suspect the younger Abdeslam, who booked cars and accommodation for the group, may have also been planning to blow himself up that night. He was last seen in a car headed towards Belgium the morning after the attacks.

Also on the run is Mohamed Abrini, a 30-year-old Belgian of Moroccan origin who appears in CCTV footage with Abdeslam two days before the attacks. Both were at a petrol station north of Paris, with Abrini driving one of the vehicles used in the assaults.

Belgian police are also searching for two other men who used fake IDs to help Abdeslam travel to Hungary in September.

So far, only two people have been charged in France over the attacks – Jawad Bendaoud, who lent his Saint-Denis apartment to Abaaoud in the days before the attacks, and a friend of Bendaoud's.

Belgian authorities have charged eight suspects, including three men who are accused of helping Abdeslam escape.

And Swiss police on Thursday said they were “actively searching” Geneva for suspects who may be linked to last month's attacks in Paris.