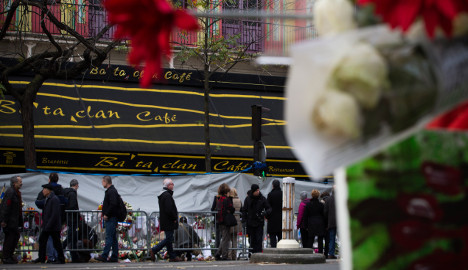 According to various reports in France on Wednesday, the third man who blew himself up at the Bataclan after killing 90 people on November 13th was Foued Mohamed-Aggad.

Aggad was identified at the end of last week after his DNA was matched with those of his family members, the police source said.

Other reports say his mother contacted police after receiving a text message from a Syrian number, that said her son had a died” a martyr in Paris”.

Le Parisien newspaper reported that Aggad was a 23-year-old originally from Strasbourg but was part of a group of young men who became radicalised and left for Syria in December 2013.

Two members of the group died not long after arriving while seven others returned to France in the Spring of 2014 and imprisoned, claiming they had been shocked by what they had witnessed.

It is believed Aggad travelled to Syria with his brother Karim, who is currently in prison in France.

While Karim returned, Aggad remained behind in Syria until returning to take part in the November 13th attacks.

Some reports say Aggad's mother, who was born in Morocco, sent her son some money so he could return home.

According to BFM TV Aggad was close to Mourad Fares, who is seen as one of the main recruiters of jihadists in France.

Fares — who France's Interior Minister Bernard Cazeneuve has described as a “particularly dangerous individual” — was arrested in August 2014 in Turkey before being handed over to the French authorities.

Cazeneuve said he was an important link man between various “jihadist terrorist movements”, including the IS and Al-Qaeda's Syrian affiliate Al-Nusra.

Identifying the third attacker has taken weeks, in part due to the condition of the bodies, as the attackers blew themselves up when a police swat team closed in.

The names of the two other Bataclan attackers were Ismaël Omar Mostefai, 29 and Samy Animour, 28.

Mostefai, was known as a petty criminal from Essonne, but was identified by authorities as having been radicalised in 2010.

Animour from Drancy was known to counter-terrorist investigators after being charged in 2012 for association with a terrorist organisation.