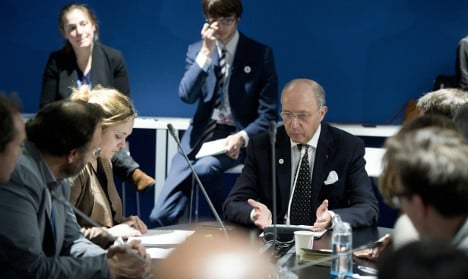 Foreign Minister Laurent Fabius. Photo: AFP
Foreign Minister Laurent Fabius said the document revealed “emerging compromises” on the way to a historic universal deal to rein in heat-trapping greenhouse gas emissions that warm the planet.
After a “long night” of talks, negotiators produced a 29-page draft for the pact, lopping 14 pages off an earlier version and removing three-quarters of the hundreds of points of disagreement, said Fabius, who is presiding over the Paris conference.
“On several topics we are almost at the end of our efforts thanks to the commitment of the parties,” Fabius told the conference.
“It is better,” he said, though there are “still too many” undecided sections.
The UN talks have been billed as the last chance to avert the worst consequences of global warming: deadly drought, floods and storms, and rising seas that will engulf islands and densely populated coastlines.
Ministers gathered in Paris on Monday with an ambitious end-of-week deadline imposed by France to resolve complex disputes that have blocked the path to a universal climate pact for more than 20 years.
Nations remain divided over how to finance the costly effort by developing countries to cope with the catastrophic impact of global warming and what target to set for planetary overheating.
Faultlines also remain on how to share the burden between rich and poor nations, as well as how to review and scale up efforts to slash greenhouse gases.
Decisions on the most divisive arguments are not expected to be reached until the final moments of the negotiations, being held in a sprawling conference venue at Le Bourget on the northern outskirts of Paris.
Confidence and concerns
Still, there is optimism among negotiators that there will be no repeat of a spectacular failure six years ago in Copenhagen, the last time a global accord was attempted.
“Though we have some tough issues in the next few days to resolve I am confident that we have the ability to do it,” US Secretary of State John Kerry said on Tuesday.
Chinese climate negotiator Xie Zhenhua expressed similar sentiments.
“I believe we can find a comprehensive, ambitious, legally binding agreement with no person left behind. I'm fully confident,” Xie said.
Repeated pledges by world leaders to take decisive action, as well as voluntary pledges by nations to curb their emissions, have fuelled the sense of optimism.
US President Barack Obama joined leaders from more than 150 nations in Paris at the conference venue on November 30 in an effort to give the start of the diplomatic process a sense of urgency.
But campaigning groups say they are growing increasingly concerned that world powers, in their rush for an agreement, have been compromising far too much in Paris.
“It looks like countries are appearing to settle for what's easiest to agree to instead of what's right for their people and the planet,” said Oxfam Australia's executive director Helen Szoke.
“Negotiators might be settling for the lowest common denominator in several critical areas.”
The battle lines
Taking effect in 2020, the Paris agreement would seek to limit emissions of greenhouse gases driven by burning coal, oil and gas — the backbone of the world's energy supply today.
The goal is to limit global warming to under two degrees Celsius (3.6 degrees Fahrenheit) compared with pre-Industrial Revolution levels.
One of the biggest potential deal-busters is money.
Rich countries promised in Copenhagen to muster $100 billion (92 billion euros) a year from 2020 to help developing nations make the costly shift to clean energy, and to cope with the impact of global warming.
But how the pledged funds will be raised remains unclear — and developing countries are pushing for a promise that the amount will be ramped up in future.
Meanwhile, rich nations are insisting that developing giants work harder to tackle their greenhouse gases, noting that much of the world's emissions come from their fast-growing economies.
Nations most at risk of being swamped by higher seas are also pushing for a lower warming ceiling of 1.5C, a goal that would require faster emission cuts that is opposed notably by oil-producing Saudi Arabia.
China is the world's biggest emitter of greenhouse gases, primarily because of its reliance on coal to provide cheap energy for its 1.3 billion people as they go through a remarkable economic transformation.
In a dramatic and timely example of the world's fate if rampant coal burning goes unchecked, choking smog has descended on the Chinese capital of Beijing and surrounding cities this week.
A red alert, ordering factories to close and recommending children stay at home, was raised in Beijing for the first time on Monday, followed by 27 other cities on Tuesday. 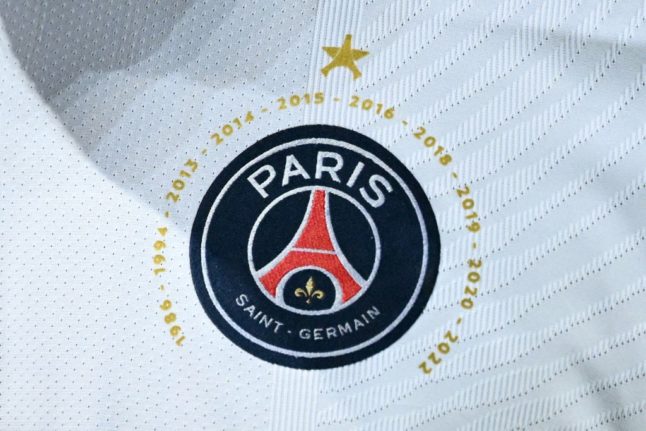